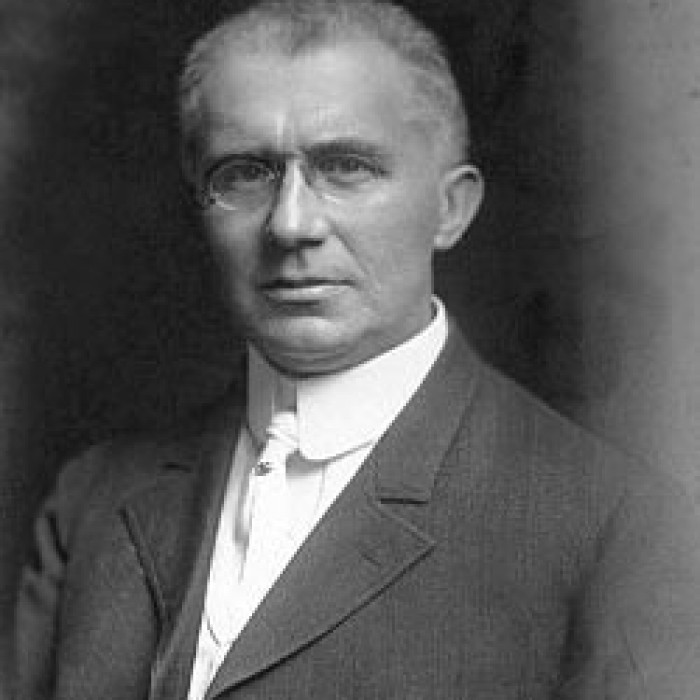 He is best known for inventing the flat disc phonograph record (called a gramophone record in British English and originally also in American English) and the Gramophone.

Berliner was born in Hanover, Germany, in 1851 into a Jewish merchant family. Though raised in a Jewish family, he later became an agnostic.

He completed an apprenticeship to become a merchant, as was family tradition. While his real hobby was invention, he worked as an accountant to make ends meet.

He moved to New York and, living off temporary work, such as doing the paper route and cleaning bottles, he studied physics at night at the Cooper Union Institute.

After some time working in a livery stable, he became interested in the new audio technology of the telephone and phonograph, and invented an improved telephone transmitter (one of the first type of microphones).

Berliner subsequently moved to Boston in 1877 and worked for Bell Telephone until 1883, when he returned to Washington and established himself as a private researcher.

In 1886 Berliner began experimenting with methods of sound recording. He was granted his first patent for what he called the "Gramophone" in 1887.

By 1890 a Berliner licensee in Germany was manufacturing a toy Gramophone and five-inch hard rubber discs (stamped-out replicas of etched zinc master discs), but because key US patents were still pending they were sold only in Europe.

He began marketing seven-inch records and a more substantial Gramophone, which was, however, still hand-propelled like the smaller toy machine.

In fact between 1907 and 1926, Berliner dedicated himself to improving the technologies of vertical flight through the development of a light-weight rotary engine, which he improved upon throughout the 1910s and 1920s.

On July 16, 1922, Berliner and his son, Henry, demonstrated a working helicopter for the United States Army. Henry became disillusioned with helicopters in 1925, and in 1926 founded the Berliner Aircraft Company,  which merged to become Berliner-Joyce Aircraft in 1929.

Berliner, who suffered a nervous breakdown in 1914, was also active in advocating improvements in public health and sanitation.

Emile Berliner died of a heart attack at the age of 78 and is buried in Rock Creek Cemetery in Washington, D.C., alongside his wife and a son.