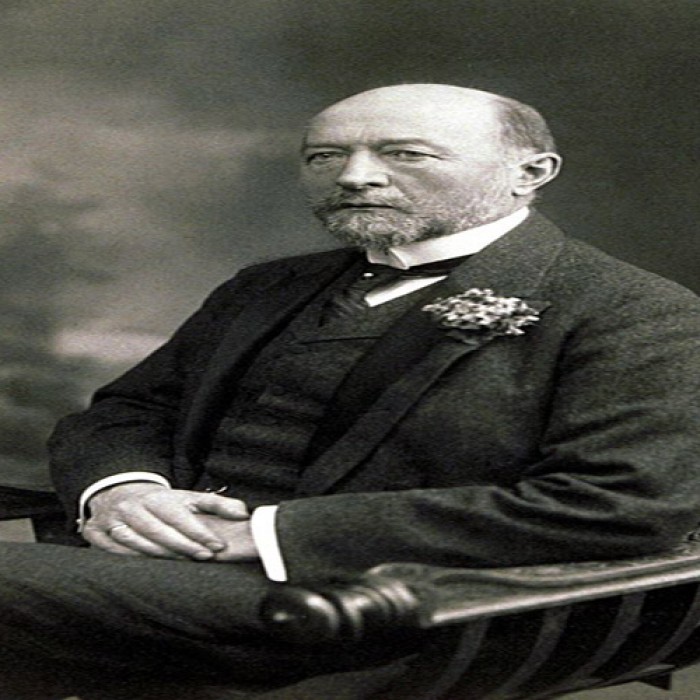 He received the 1901 Nobel Prize in Physiology or Medicine, the first one awarded, for his discovery of a diphtheria antitoxin.

He was widely known as a "saviour of children", as diphtheria used to be a major cause of child death. He was ennobled in 1901 for services to medicine.

Between 1874 and 1878, he studied medicine at the Akademie für das militärärztliche Bildungswesen, Berlin.

He was mainly a military doctor and then became Professor of Hygienics within the Faculty of Medicine at the University of Marburg, a position he would hold for the rest of his life.

He and the pharmacologist Hans Horst Meyer had their laboratories in the same building, and Behring stimulated Meyer's interest in the mode of action of tetanus toxin.

Behring was the discoverer of diphtheria antitoxin in 1890 and attained a great reputation by that means and by his contributions to the study of immunity.

He won the first Nobel Prize in Physiology or Medicine in 1901 for the development of serum therapies against diphtheria (which Kitasato Shibasaburo and Emile Roux also contributed to) and tetanus.

He created an antitoxin, which upon demonstration via injection was able to be transmitted to another animal by injections of a treated animal's blood serum and used as a means of effecting a cure.

Behring died at Marburg, Hessen-Nassau, on 31 March 1917. His name survived with the Dade Behring, organisation, at the time, the world's largest company dedicated solely to clinical diagnostics.

In CSL Behring a manufacturer of plasma-derived biotherapies, in Behringwerke AG in Marburg, in Novartis Behring and in the Emil von Behring Prize of the University of Marburg, the highest endowed medicine award in Germany.

His Nobel Prize medal is now kept on display at the International Red Cross and Red Crescent Museum in Geneva.

Von Behring is believed to have cheated Paul Ehrlich out of recognition and financial reward in relation to collaborative research in diphtheria.

The two men developed a diphtheria serum by repeatedly injecting the deadly toxin into a horse. The serum was used effectively during an epidemic in Germany.

A chemical company preparing to undertake commercial production and marketing of the diphtheria serum offered a contract to both men, but von Behring maneuvered to claim all the considerable financial rewards for himself.

In December 1896, Behring married the then twenty-year-old Else Spinola, who was a daughter of Bernhard Spinola, the director of the Charite hospital in Berlin, and a Jewish-born mother - Elise Spinola.