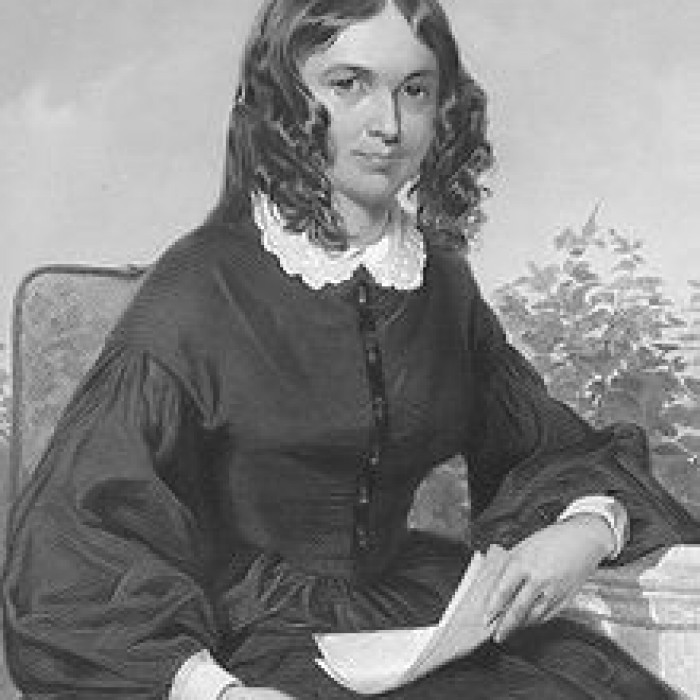 Elizabeth Barrett Browning ( 6 March 1806 – 29 June 1861) was one of the most prominent English poets of the Victorian era, popular in Britain and the United States during her lifetime.

Born in County Durham, the eldest of 12 children, Elizabeth Barrett wrote poetry from about the age of six. Her mother's collection of her poems forms one of the largest collections extant of juvenilia by any English writer. At 15 she became ill, suffering intense head and spinal pain for the rest of her life.

Later in life she also developed lung problems, possibly tuberculosis. She took laudanum for the pain from an early age, which is likely to have contributed to her frail health.

Elizabeth's work had a major influence on prominent writers of the day, including the American poets Edgar Allan Poe and Emily Dickinson. She is remembered for such poems as "How Do I Love Thee?" (Sonnet 43, 1845) and Aurora Leigh (1856).