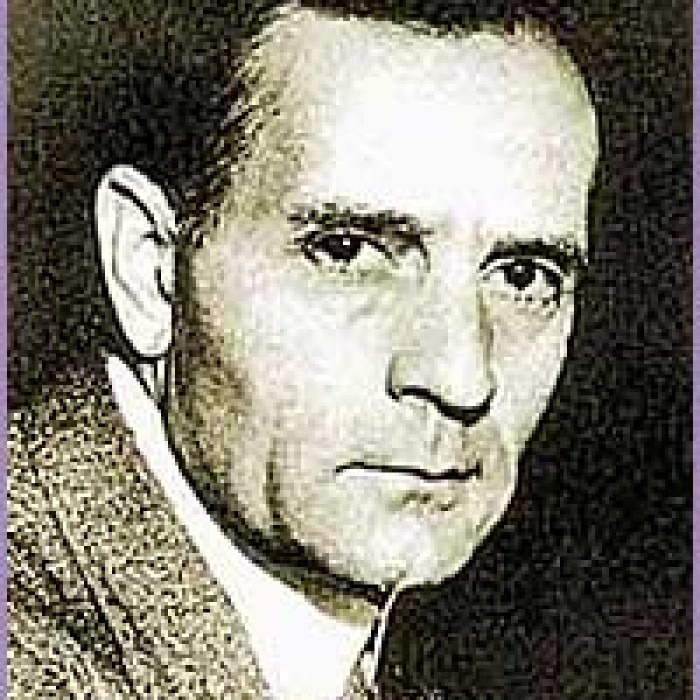 He played a crucial role in establishing the fields of extragalactic astronomy and observational cosmology and is regarded as one of the most important astronomers of all time.

Hubble provided evidence that the recessional velocity of a galaxy increases with its distance from the earth, a property known as "Hubble's law", a preliminary version of which was proposed earlier by Georges Lemaître.

Hubble also discovered that many objects previously thought to be clouds of dust and gas and classified as "nebulae" were actually galaxies beyond the Milky Way.

Hubble's name is most widely recognized for the Hubble Space Telescope which was named in his honor, with a model prominently displayed in his hometown of Marshfield, Missouri.

Edwin Hubble was born to Virginia Lee Hubble and John Powell Hubble, an insurance executive, in Marshfield, Missouri, and moved to Wheaton, Illinois, in 1900.

In his younger days, he was noted more for his athletic prowess than his intellectual abilities, although he did earn good grades in every subject except for spelling.

Edwin was a gifted athlete playing baseball, football, basketball, and he ran track in both high school and college. He played a variety of positions on the basketball court from center to shooting guard.

In fact Hubble even led the University of Chicago's basketball team to their first conference title in 1907. He won seven first places and a third place in a single high school track and field meet in 1906.

His studies at the University of Chicago were concentrated on law, which led to a bachelor of science degree in 1910. Hubble also became a member of the Kappa Sigma Fraternity.

He spent the three years at The Queen's College, Oxford after earning his bachelors as one of the university's first Rhodes Scholars, initially studying jurisprudence instead of science, and later added literature and Spanish, and earning his master's degree.

Hubble was also a dutiful son, who despite his intense interest in astronomy since boyhood, acquiesced to his father's request to study law, first at the University of Chicago and later at Oxford, though he managed to take a few math and science courses.

After the United States declared war on Germany in 1917, Hubble rushed to complete his PhD dissertation so he could join the military.

In 1919, Hubble was offered a staff position at the Carnegie Institution's Mount Wilson Observatory, near Pasadena, California, by George Ellery Hale, the founder and director of the observatory.

Although Hubble was raised as a Christian, he later became an agnostic.

Hubble had a heart attack in July 1949 while on vacation in Colorado. He was taken care of by his wife, Grace Hubble, and continued on a modified diet and work schedule.

He died of cerebral thrombosis (a spontaneous blood clot in his brain) on September 28, 1953, in San Marino, California. No funeral was held for him, and his wife never revealed his burial site.

In 1929, Hubble examined the relation between distance and redshift of galaxies. He found a roughly linear relation between the distances of the galaxies and their redshifts, a discovery that later became known as Hubble's law.

In December 1941, Hubble reported to the American Association for the Advancement of Science that results from a six-year survey with the Mt. Wilson telescope did not support the expanding universe theory.

At the time, the Nobel Prize in Physics did not recognize work done in astronomy. Hubble spent much of the later part of his career attempting to have astronomy considered an area of physics, instead of being its own science.

This campaign was unsuccessful in Hubble's lifetime, but shortly after his death, the Nobel Prize Committee decided that astronomical work would be eligible for the physics prize. However, the prize is not one that can be awarded posthumously.