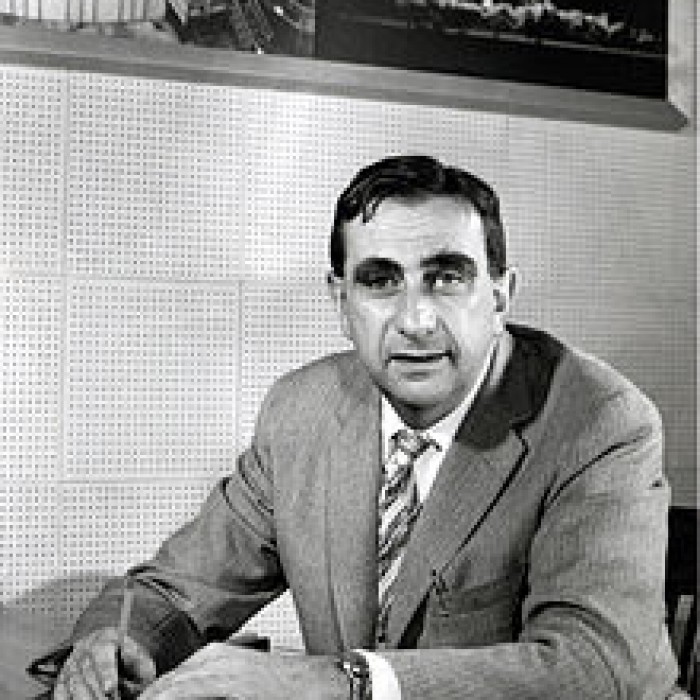 He was born in Hungary, and is known colloquially as "the father of the hydrogen bomb", although he claimed he did not care for the title.

He made numerous contributions to nuclear and molecular physics, spectroscopy (in particular, the Jahn–Teller and Renner–Teller effects) and surface physics.

His extension of Enrico Fermi's theory of beta decay, in the form of Gamow–Teller transitions, provided an important stepping stone in its application, while the Jahn–Teller effect and the Brunauer–Emmett–Teller (BET) theory have retained their original formulation and are still mainstays in physics and chemistry.

Teller also made contributions to Thomas–Fermi theory, the precursor of density functional theory, a standard modern tool in the quantum mechanical treatment of complex molecules.

In 1953, along with Nicholas Metropolis, Arianna Rosenbluth, Marshall Rosenbluth, and Augusta Teller, Teller co-authored a paper which is a standard starting point for the applications of the Monte Carlo method to statistical mechanics.

Teller emigrated to the United States in the 1930s, and was an early member of the Manhattan Project, charged with developing the first atomic bomb.

He was a co-founder of Lawrence Livermore National Laboratory (LLNL), and was both its director and associate director for many years.

Ede Teller was born on January 15, 1908, in Budapest, Hungary (then part of Austria-Hungary), into a Jewish family.

Teller left Hungary in 1926, partly due to the discriminatory numerus clausus rule under Miklós Horthy's regime.

In 1930, Teller moved to the University of Göttingen, then one of the world's great centers of physics due to the presence of Max Born and James Franck.

In February 1934, he married his long-time girlfriend Augusta Maria "Mici" (pronounced "Mitzi") Harkanyi, the sister of a friend. He returned to England in September 1934.

In 1942, Teller was invited to be part of Robert Oppenheimer's summer planning seminar, at the University of California, Berkeley for the origins of the Manhattan Project, the Allied effort to develop the first nuclear weapons.

At the Berkeley session, Teller diverted discussion from the fission weapon to the possibility of a fusion weapon—what he called the "Super", an early concept of what was later to be known as a hydrogen bomb.

Teller became part of the Theoretical (T) Division. He was given a secret identity of Ed Tilden. He was irked at being passed over as its head; the job was instead given to Hans Bethe.

In 1990, the historian Barton Bernstein argued that it is an "unconvincing claim" by Teller that he was a "covert dissenter" to the use of the weapon.

In his 2001 Memoirs, Teller claims that he did lobby Oppenheimer, but that Oppenheimer had convinced him that he should take no action and that the scientists should leave military questions in the hands of the military.

On April 18–20, 1946, Teller participated in a conference at Los Alamos to review the wartime work on the Super.

Teller became controversial in 1954 when he testified against Oppenheimer at Oppenheimer's security clearance hearing.

Teller was one of the first prominent people to raise the danger of climate change, driven by the burning of fossil fuels.

Teller was one of the strongest and best-known advocates for investigating non-military uses of nuclear explosives, which the United States explored under Operation Plowshare.

In 1952, Teller and Oppenheimer had a long meeting with David Ben-Gurion in Tel Aviv, telling him that the best way to accumulate plutonium was to burn natural uranium in a nuclear reactor.

Between 1964 and 1967, Teller visited Israel six times, lecturing at Tel Aviv University, and advising the chiefs of Israel's scientific-security circle as well as prime ministers and cabinet members.

In 1967 when the Israeli nuclear program was nearing completion, Teller informed Neeman that he was going to tell the CIA that Israel had built nuclear weapons, and explain that it was justified by the background of the Six-Day War.

In the 1980s, Teller again visited Israel to advise the Israeli government on building a nuclear reactor.

Teller suffered a heart attack in 1979, and blamed it on Jane Fonda, who had starred in The China Syndrome, which depicted a fictional reactor accident and was released less than two weeks before the Three Mile Island accident.

In 1987 Teller published a book supporting civil defense and active protection systems such as SDI which was titled Better a Shield than a Sword and his views on the role of lasers in SDI were published, and are available, in two 1986-7 laser conference proceedings.

Edward Teller suggested the creation of an orbital platform for faster missile delivery. He further suggested the need for nuclear weapons more powerful than the Tsar Bomba for this purpose.

Teller died in Stanford, California on September 9, 2003, at the age of 95. He had suffered a stroke two days previous.

In 1981, Teller became a founding member of the World Cultural Council.

In 1986, he was awarded the United States Military Academy's Sylvanus Thayer Award. He was elected a member of the U.S. National Academy of Sciences in 1948.

He was also named as part of the group of "U.S. Scientists" who were Time magazine's People of the Year in 1960.

He was awarded with the Presidential Medal of Freedom by President George W. Bush in 2003, less than two months before his death.

His final paper, published posthumously, advocated the construction of a prototype liquid fluoride thorium reactor. The genesis and impetus for this last paper, was recounted by the co-author Ralph Moir in 2007.