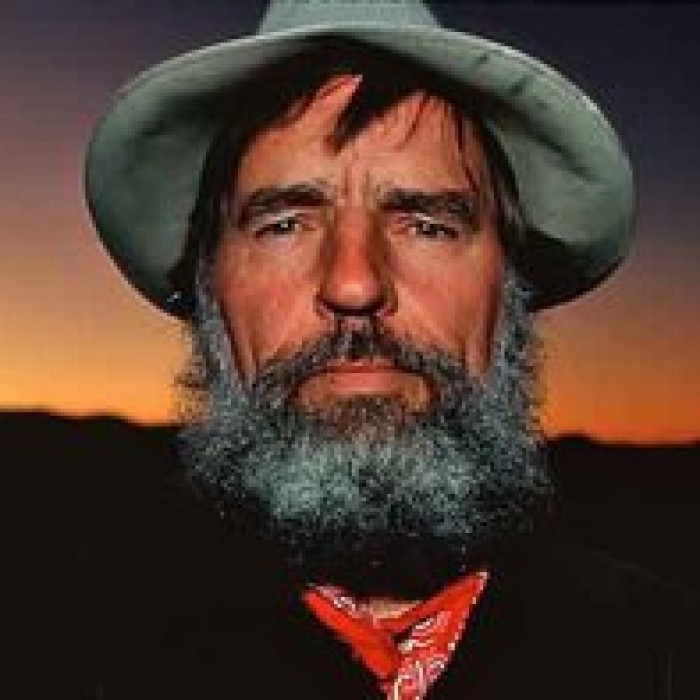 Edward Paul Abbey (January 29, 1927 – March 14, 1989) was an American author and essayist noted for his advocacy of environmental issues, criticism of public land policies, and anarchist political views. His best-known works include the novel The Monkey Wrench Gang, which has been cited as an inspiration by environmental groups, and the non-fiction work Desert Solitaire.

Abbey's literary influences included Aldo Leopold, Henry David Thoreau, Gary Snyder, Peter Kropotkin, and A. B. Guthrie, Jr.. Although often compared to authors like Thoreau or Aldo Leopold, Abbey did not wish to be known as a nature writer, saying that he didn't understand "why so many want to read about the world out-of-doors, when it's more interesting simply to go for a walk into the heart of it.

"The theme that most interested Abbey was that of the struggle for personal liberty against the totalitarian techno-industrial state, with wilderness being the backdrop in which this struggle took place.

Most of Abbey's writing criticizes the park services and American society for its reliance on motor vehicles and technology. He wanted to preserve the wilderness as a refuge for humans and believed that modernization was making us forget what was truly important in life.

Regarding his writing style, Abbey states: "I write in a deliberately provocative and outrageous manner because I like to startle people. I hope to wake up people. I have no desire to simply soothe or please. I would rather risk making people angry than putting them to sleep.

And I try to write in a style that's entertaining as well as provocative. It's hard for me to stay serious for more than half a page at a time."[48] Abbey felt that it was the duty of all authors to "speak the truth--especially unpopular truth. Especially truth that offends the powerful, the rich, the well-established, the traditional, the mythic".

Abbey's abrasiveness, opposition to anthropocentrism, and outspoken writings made him the object of much controversy. Agrarian author Wendell Berry claimed that Abbey was regularly criticized by mainstream environmental groups because Abbey often advocated controversial positions that were very different from those which environmentalists were commonly expected to hold.