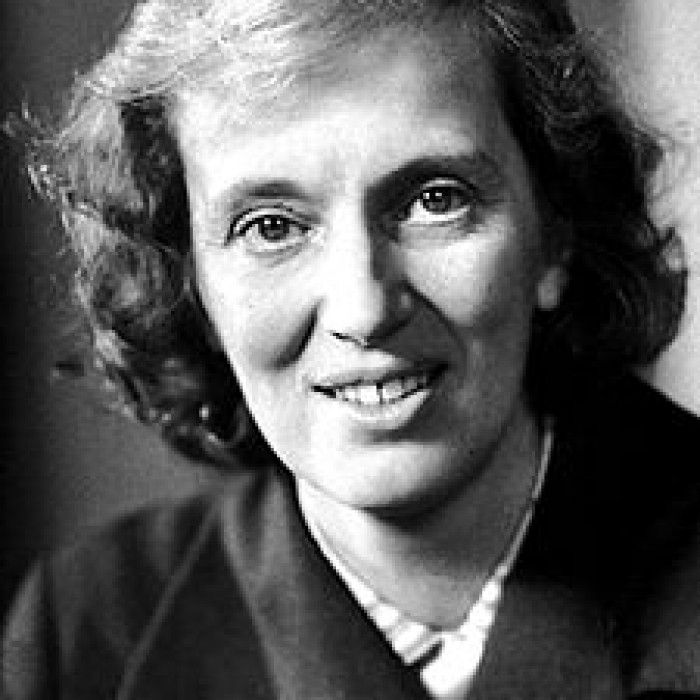 She developed protein crystallography, for which she won the Nobel Prize in Chemistry in 1964.

She advanced the technique of X-ray crystallography, a method used to determine the three-dimensional structures of biomolecules.

Among her most influential discoveries are the confirmation of the structure of penicillin that Ernst Boris Chain and Edward Abraham had previously surmised, and then the structure of vitamin B12, for which she became the third woman to win the Nobel Prize in Chemistry.

In 1969, after 35 years of work and five years after winning the Nobel Prize, Hodgkin was able to decipher the structure of insulin.

X-ray crystallography became a widely used tool and was critical in later determining the structures of many biological molecules where knowledge of structure is critical to an understanding of function.

She is regarded as one of the pioneer scientists in the field of X-ray crystallography studies of biomolecules.

She lived in the English expatriate community in Egypt, returning to England only a few months each year.

During one of those stays in England, when Hodgkin was four, World War I began. Her mother lost four brothers in the war.

In 1921, she entered the Sir John Leman Grammar School in Beccles.

Only once, when she was 13, did she make an extended visit to her parents, who by then had moved to Khartoum, although both parents continued to visit England each summer.

She developed a passion for chemistry from a young age, and her mother fostered her interest in science in general.

At the age of 18 she started studying Chemistry at the University of Oxford (Somerville College).

In 1932 Hodgkin was awarded a first-class honours degree at the University of Oxford – as the third woman ever to achieve this.

She studied for a Doctor of Philosophy at Newnham College, Cambridge supervised by John Desmond Bernal, where she became aware of the potential of X-ray crystallography to determine the structure of proteins.

In 1933 she was awarded a research fellowship by Somerville College, and in 1934, she moved back to Oxford.

The college appointed her its first fellow and tutor in chemistry in 1936, a post which she held until 1977.

In the 1940s, one of her students was Margaret Roberts, the future Prime Minister Margaret Thatcher, who installed a portrait of Hodgkin in Downing Street in the 1980s.

She was one of the first people in April 1953 to travel from Oxford to Cambridge to see the model of the double helix structure of DNA, constructed by Francis Crick and James Watson.

In 1960, she was appointed the Royal Society's Wolfson Research Professor, a position she held until 1970.

In 1945, she and her colleagues solved the structure of penicillin, demonstrating (contrary to scientific opinion at the time) that it contains a β-lactam ring.

In 1948, Hodgkin first encountered vitamin B12, and created new crystals. Vitamin B12 had first been discovered by Merck earlier that year.

Insulin was one of her most extraordinary research projects. It began in 1934 when she was offered a small sample of crystalline insulin by Robert Robinson.

In 1937, Dorothy married Thomas Lionel Hodgkin, then recently returned from working for the Colonial Office and moving into adult education.

On 29 July 1994, Hodgkin died after a stroke at her home in Shipston-on-Stour, Warwickshire.

Hodgkin published as "Dorothy Crowfoot" until 1949, when she was persuaded by Hans Clarke’s secretary to use her married name on her chapter in The Chemistry of Penicillin.

She was the second woman to receive the Order of Merit in 1965; preceded only by Florence Nightingale.

The first, and as of 2016, the only woman to receive the Copley Medal. She was a laureate of the Lenin Peace Prize and Dimitrov Prize.

Since 1999, the Royal Society of Chemistry has presented an annual memorial lecture, every March, in honour of Hodgkin's work.

She was awarded an Honorary Degree (Doctor of Science) from the University of Bath in 1978.

In 1958, she was elected a Foreign Honorary Member of the American Academy of Arts and Sciences.

In 1983, Hodgkin received the Austrian Decoration for Science and Art. In 1966, she was awarded the Iota Sigma Pi National Honorary Member for her significant contribution.