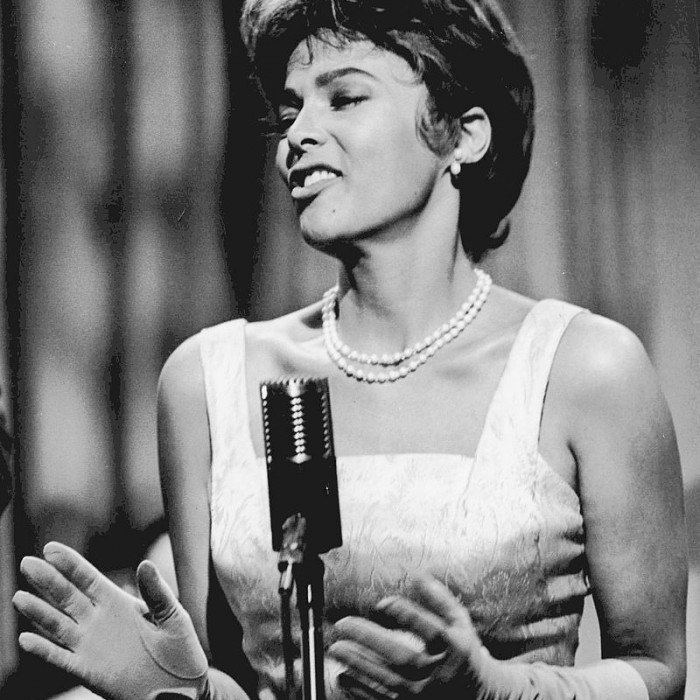 Dorothy Jean Dandridge (November 9, 1922 – September 8, 1965) was an American film and theatre actress, singer, and dancer. She is perhaps best known for being the first African-American actress to be nominated for an Academy Award for Best Actress for her performance in the 1954 film Carmen Jones.

Dandridge performed as a vocalist in venues such as the Cotton Club and the Apollo Theater. During her early career, she performed as a part of The Wonder Children, later The Dandridge Sisters, and appeared in a succession of films, usually in uncredited roles. In 1959 she was nominated for a Golden Globe Award for Porgy and Bess. She is the subject of the 1999 HBO biographical film, Introducing Dorothy Dandridge.

She has been recognized with a star on the Hollywood Walk of Fame. Dandridge was married and divorced twice, first to dancer Harold Nicholas (the father of her daughter, Harolyn Suzanne) and then to hotel owner Jack Denison. Dandridge died under mysterious circumstances at age 42.

In 1957, after a three-year absence from film acting, Dandridge agreed to appear in the film version of Island in the Sun opposite an ensemble cast, including James Mason, Harry Belafonte, Joan Fontaine, Joan Collins, and Stephen Boyd.

Dandridge portrayed a local Indian shop clerk who has an interracial love affair with a white man, played by John Justin. The film was controversial for its time period, and the script was revised numerous times to accommodate the Motion Picture Production Code requirements about interracial relationships.

There occurred, however, an extremely intimate loving embrace between Dandridge and Justin that succeeded in not breaching the code. Despite the behind-the-scenes controversy and unfavorable critical reviews, the film was one of the year's biggest successes.

Dandridge next starred opposite German actor Curd Jürgens in the Italian production of Tamango, which began filming in 1957, for $100,000. A reluctant Dandridge had agreed to appear in the film only after learning that it focused on a nineteenth century slave revolt on a cargo ship travelling from Africa to Cuba.

However, she nearly withdrew her involvement when the initial script called for her to swim in the nude and spend the majority of the film in a two-piece bathing suit made of rags. When Dandridge threatened to leave the film, the script and her wardrobe was retooled to her liking. United States Production code requirements did not apply to the Italian film production and the passionate kiss between Jürgens and Dandridge's character was permitted in the shooting of Tomango.

This gave Dandridge her first, and only, on-screen kiss with a white actor. Tamango was withheld from American release until late 1959, and received mixed reviews from critics and achieved only minor success.