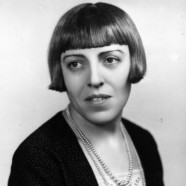 Other works include I Capture the Castle (1948), and The Starlight Barking (1967). The Hundred and One Dalmatians was adapted into a 1961 Disney animated movie version.