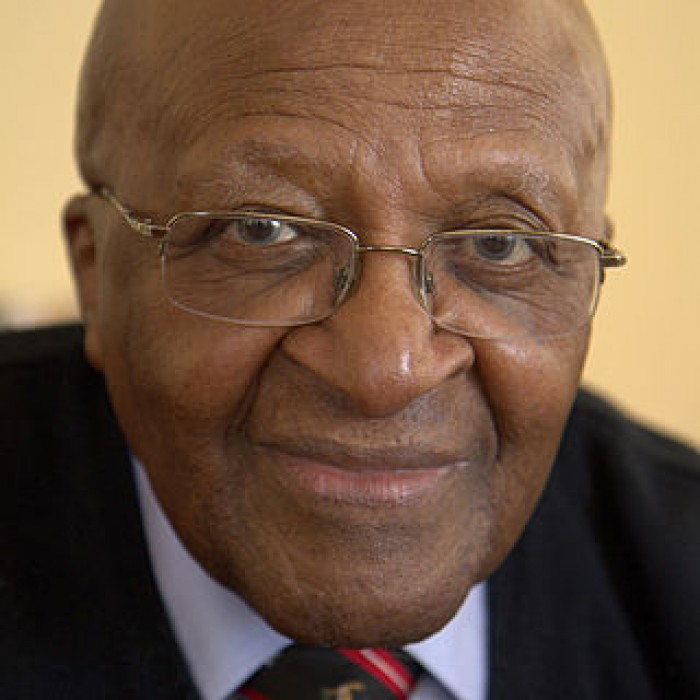 Desmond Mpilo Tutu, CH (born 7 October 1931) is a South African social rights activist and retired Anglican bishop who rose to worldwide fame during the 1980s as an opponent of apartheid.

Since the demise of apartheid, Tutu has campaigned to fight HIV/AIDS, tuberculosis, poverty, racism, sexism, homophobia, and transphobia. He received the Nobel Peace Prize in 1984; the Albert Schweitzer Prize for Humanitarianism in 1986; the Pacem in Terris Award in 1987; the Sydney Peace Prize in 1999; the Gandhi Peace Prize in 2007; and the Presidential Medal of Freedom in 2009. He has also compiled several books of his speeches and sayings.

On 16 October 1984, the then Bishop Tutu was awarded the Nobel Peace Prize. The Nobel Committee cited his "role as a unifying leader figure in the campaign to resolve the problem of apartheid in South Africa". This was seen as a gesture of support for him and The South African Council of Churches which he led at that time. In 1987 Tutu was awarded the Pacem in Terris Award.

It was named after a 1963 encyclical letter by Pope John XXIII that calls upon all people of good will to secure peace among all nations.[146] In 1992, he was awarded the Bishop John T. Walker Distinguished Humanitarian Service Award. His 2010 book, Made for Goodness was awarded a Nautilus Book Award.

In June 1999, Tutu was invited to give the annual Wilberforce Lecture in Kingston upon Hull, commemorating the life and achievements of the anti-slavery campaigner William Wilberforce. Tutu used the occasion to praise the people of the city for their traditional support of freedom and for standing with the people of South Africa in their fight against apartheid. He was also presented with the freedom of the city.

In 1978 Tutu was awarded a fellowship of King's College London, of which he is an alumnus. He returned to King's in 2004 as Visiting Professor in Post-Conflict Studies. The Students' Union nightclub, Tutu's, is named in his honour.