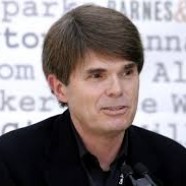 Many of his books have appeared on the New York Times Bestseller List, with 14 hardcovers and 14 paperbacks reaching the number one position.

Koontz wrote under a number of pen names earlier in his career, including "David Axton", "Leigh Nichols" and "Brian Coffey". He has sold over 450 million copies as reported on his official website.