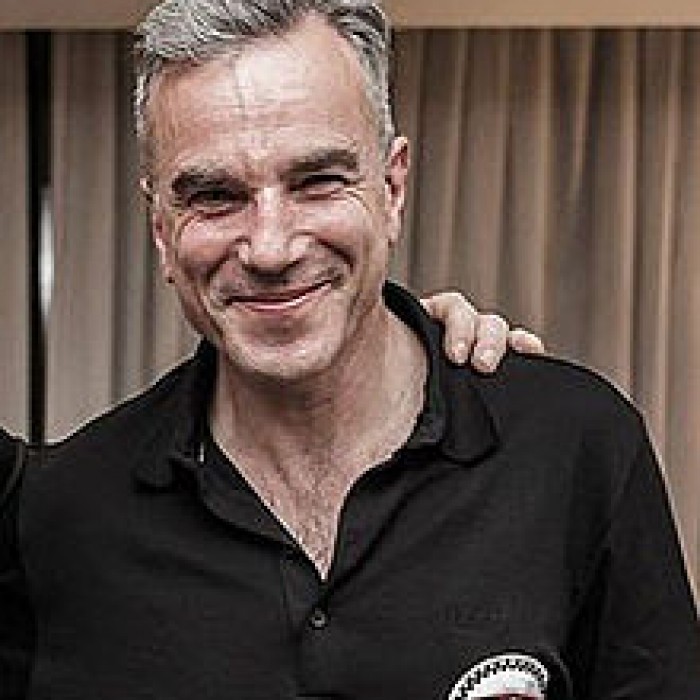 Sir Daniel Michael Blake Day-Lewis (born 29 April 1957) is an English actor. He holds both British and Irish citizenship. Born and raised in London, he excelled on stage at the National Youth Theatre, before being accepted at the Bristol Old Vic Theatre School, which he attended for three years.

Despite his traditional actor training at the Bristol Old Vic, he is considered to be a method actor, known for his constant devotion to and research of his roles. He often remains completely in character for the duration of the shooting schedules of his films, even to the point of adversely affecting his health.

He is one of the most selective actors in the film industry, having starred in only five films since 1998, with as many as five years between roles. Protective of his private life, he rarely gives interviews and makes very few public appearances.

Day-Lewis shifted between theatre and film for most of the early 1980s, joining the Royal Shakespeare Company and playing Romeo in Romeo and Juliet and Flute in A Midsummer Night's Dream, before appearing in the 1984 film The Bounty.

He starred in My Beautiful Laundrette (1985), his first critically acclaimed role, and gained further public notice with A Room with a View (1985). He then assumed leading man status with The Unbearable Lightness of Being (1988).

One of the most acclaimed actors of his generation, Day-Lewis has earned numerous awards, including three Academy Awards for Best Actor for his performances in My Left Foot (1989), There Will Be Blood (2007) and Lincoln (2012), making him the only male actor in history to have three wins in the lead actor category and one of only three male actors to win three Oscars.

He was also nominated in this category for In the Name of the Father (1993) and Gangs of New York (2002). He has also won four BAFTA Awards for Best Actor, three Screen Actors Guild Awards and two Golden Globe Awards. In November 2012, Time named Day-Lewis the "World's Greatest Actor." In June 2014, he received a knighthood at Buckingham Palace for services to drama.