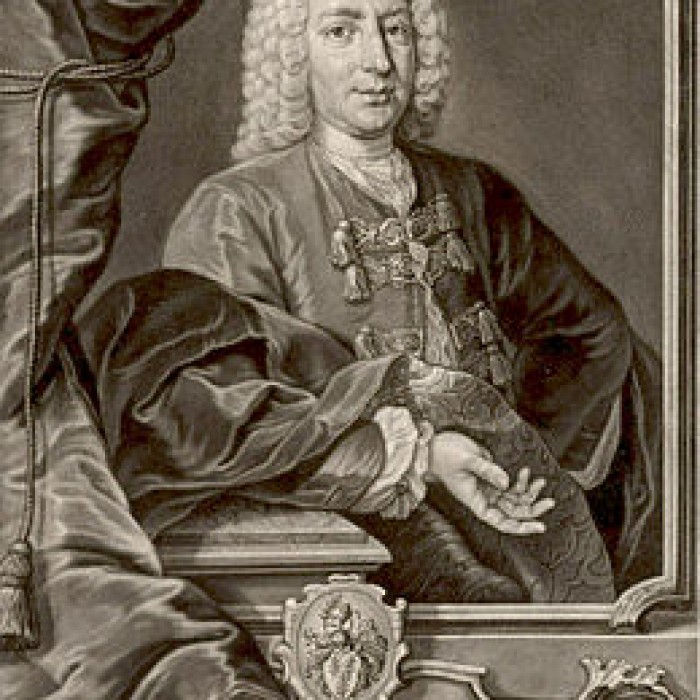 Daniel Bernoulli (8 February 1700 – 17 March 1782) was a Swiss mathematician and physicist and was one of the many prominent mathematicians in the Bernoulli family.

He is particularly remembered for his applications of mathematics to mechanics, especially fluid mechanics, and for his pioneering work in probability and statistics.

His name is commemorated in the Bernoulli's principle, a particular example of the conservation of energy, which describes the mathematics of the mechanism underlying the operation of two important technologies of the 20th century: the carburetor and the airplane wing.

Daniel Bernoulli was born in Groningen, in the Netherlands, into a family of distinguished mathematicians.

The Bernoulli family came originally from Antwerp, at that time in the Spanish Netherlands, but emigrated to escape the Spanish persecution of the Huguenots.

Daniel was the son of Johann Bernoulli (one of the "early developers" of calculus), nephew of Jacob Bernoulli (who "was the first to discover the theory of probability"). He had two brothers, Niklaus and Johann II.

Daniel Bernoulli was described by W. W. Rouse Ball as "by far the ablest of the younger Bernoullis". He is said to have had a bad relationship with his father.

Upon both of them entering and tying for first place in a scientific contest at the University of Paris, Johann, unable to bear the "shame" of being compared as Daniel's equal, banned Daniel from his house.

Johann Bernoulli also plagiarized some key ideas from Daniel's book Hydrodynamica in his own book Hydraulica which he backdated to before Hydrodynamica. Despite Daniel's attempts at reconciliation, his father carried the grudge until his death.

However, Daniel refused, because he wanted to study mathematics. He later gave in to his father's wish and studied business.

His father then asked him to study in medicine, and Daniel agreed under the condition that his father would teach him mathematics privately, which they continued for some time.

Daniel studied medicine at Basel, Heidelberg, and Strasbourg, and earned a PhD in anatomy and botany in 1721.

He went to St. Petersburg in 1724 as professor of mathematics, but was very unhappy there, and a temporary illness in 1733 gave him an excuse for leaving St. Petersberg.

He returned to the University of Basel, where he successively held the chairs of medicine, metaphysics, and natural philosophy until his death.

In May, 1750 he was elected a Fellow of the Royal Society.

His earliest mathematical work was the Exercitationes (Mathematical Exercises), published in 1724 with the help of Goldbach.

Bernoulli also wrote a large number of papers on various mechanical questions, especially on problems connected with vibrating strings, and the solutions given by Brook Taylor and by Jean le Rond d'Alembert.

Daniel Bernoulli now returned to his earlier work on Conservation of Energy. Daniel realised that in a similar way, a moving fluid exchanges its kinetic energy for pressure.

He worked with Euler on elasticity and the development of the Euler-Bernoulli beam equation. Bernoulli's principle is of critical use in aerodynamics.

Daniel Bernoulli was also the author in 1738 of Specimen theoriae novae de mensura sortis (Exposition of a New Theory on the Measurement of Risk).

In Hydrodynamica (1738) he laid the basis for the kinetic theory of gases, and applied the idea to explain Boyle's law.