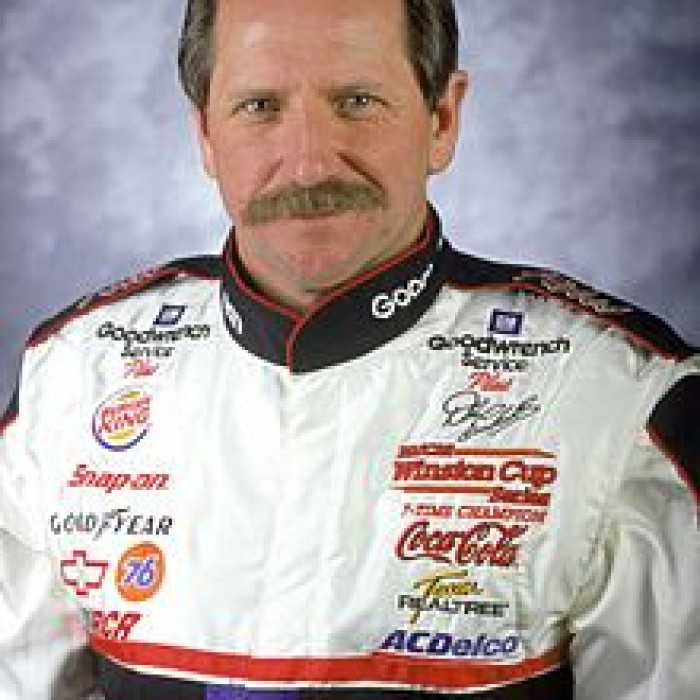 Ralph Dale Earnhardt Sr.  (April 29, 1951 – February 18, 2001), known professionally as Dale Earnhardt, was an American professional stock car racing driver and team owner, best known for his involvement in stock car racing for NASCAR. The third child of racing driver Ralph Earnhardt and first of two to Martha Coleman, he began his career in 1975 in the World 600 as part of the Winston Cup Series.

Regarded as one of the most significant NASCAR drivers, Earnhardt won a total of 76 Winston Cup races over the course of his career, including the 1998 Daytona 500. He also earned seven NASCAR Winston Cup championships, tying for the most all-time with Richard Petty and Jimmie Johnson. His aggressive driving style earned him the nickname "The Intimidator".

In February 2001, Earnhardt died instantly of injuries sustained, after he collided with Ken Schrader and crashed his car in the final lap of the Daytona 500 – an unexpected event that was widely lamented in the racing industry. Earnhardt has been inducted into numerous halls of fame, including the NASCAR Hall of Fame inaugural class in 2010.