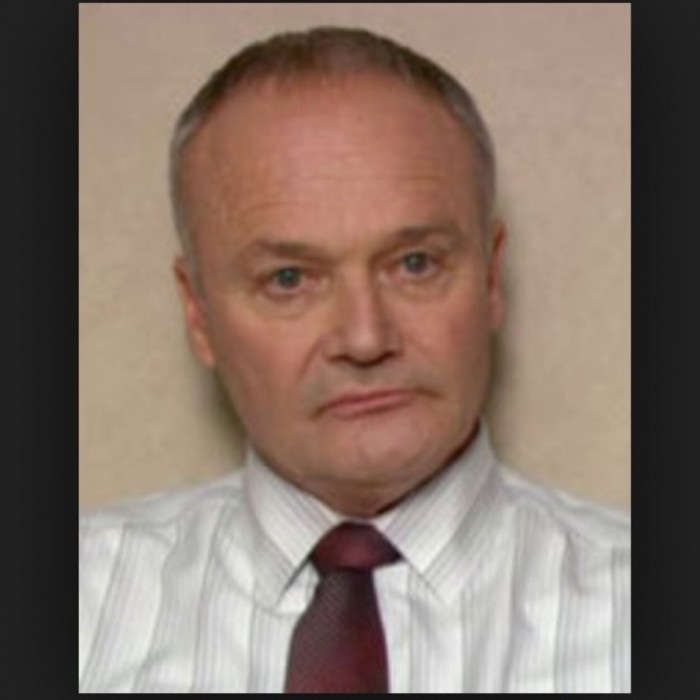 Creed Bratton (born William Charles Schneider; February 8, 1943) is an American actor and musician. He was a former member of the band The Grass Roots. He is more recently known for playing a fictional version of himself on The Office on NBC.

He was born William Charles Schneider in Los Angeles, and he grew up in Coarsegold, California, a small town near Yosemite National Park. His father died when he was two years old after an airplane he was working on exploded while he was stationed in Hawaii.

His grandparents, mother, and father were musicians, and he took a liking to music at a very early age. At 13, he received his first guitar from a Sears mail order catalog. He became a professional musician during his high school and college years.

He decided to try life as a traveling musician and made his way on a global excursion, during which he changed his name to Creed Bratton. He traveled through Europe, Africa, and the Middle East. He played guitar at a large folk festival in Israel, appearing with his group the Young Californians. Fellow American and guitarist Warren Entner witnessed Bratton's performance and asked him to give him a call when he got back to the United States.

In 1966, they formed a partnership and recruited the remaining members needed for their group, the 13th Floor. Bratton played lead guitar, Rick Coonce played drums, Entner played rhythm guitar, and Kenny Fukomoto played bass. They recorded a demo and sent it to Dunhill, a new record company headed by Lou Adler.

Bratton began to pursue an acting career in 1979. He has appeared in films such as Mask and Heart Like a Wheel. He was a cast member (playing a fictional version of himself) on NBC's Emmy and SAG award winning The Office. In 2008, he appeared in a short film with Kyle Gass titled Just One Of The Gynos, which won an award for best short film at the 2008 Malibu International Film Festival.

It was one of only 16 films selected from 1,102 submissions to the US dramatic category. In 2012, he appeared as special guest star in Staged with Brandon Olive who appeared with him in Just One Of The Gynos. Bratton's latest film project is Saving Lincoln a biography set in the civil war period. It is produced by Horatio C. Kemeny and written and directed by Salvador Litvak.