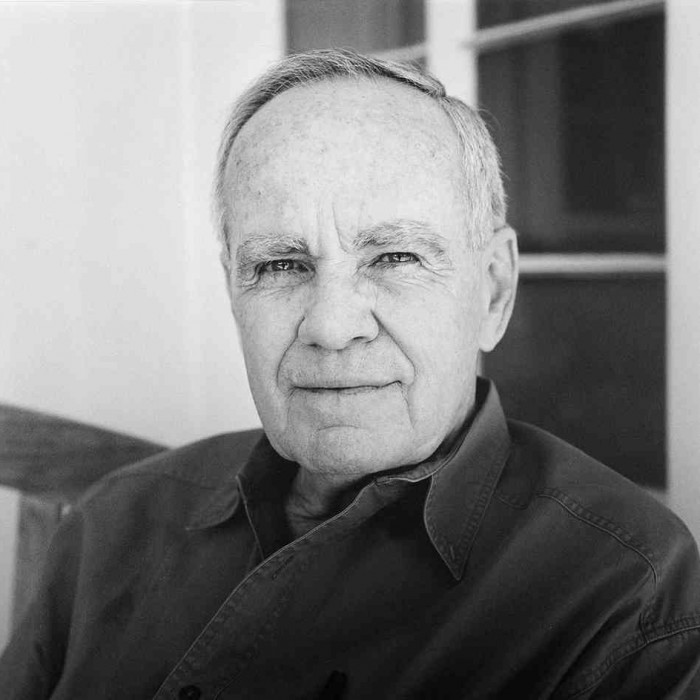 McCarthy's fifth novel, Blood Meridian (1985), was among Time magazine's 2005 list of the 100 best English-language books since 1923, and has come to be regarded as one of the greatest novels in American literature. For All the Pretty Horses (1992), he won both the U.S. National Book Award and National Book Critics Circle Award. All the Pretty Horses, The Road, and Child of God have also been adapted as motion pictures. His 2005 novel No Country for Old Men was adapted as a 2007 film of the same name, which won four Academy Awards, including Best Picture.

McCarthy won the Pulitzer Prize and the James Tait Black Memorial Prize for Fiction for The Road (2006). In 2010, The Times ranked The Road first on its list of the 100 best fiction and non-fiction books of the past 10 years. Literary critic Harold Bloom named McCarthy as one of the four major American novelists of his time, alongside Don DeLillo, Thomas Pynchon and Philip Roth, and called Blood Meridian "the greatest single book since Faulkner's As I Lay Dying".

1965 Traveling Fellowship from the American Academy of Arts and Letters

1996 IMPAC Award longlist for The Crossing

2000 IMPAC Award longlist for Cities of the Plain

2007 Pulitzer Prize for Fiction for The Road

2007 IMPAC Award shortlist for No Country for Old Men

2008 Maltese Falcon Award, Japan, for No Country for Old Men

2008 Premio Ignotus for The Road

2008 IMPAC Award longlist for The Road

2008 PEN/Saul Bellow Award for Achievement in American Fiction, for a career whose writing "possesses qualities of excellence, ambition, and scale of achievement over a sustained career which place him or her in the highest rank of American literature."