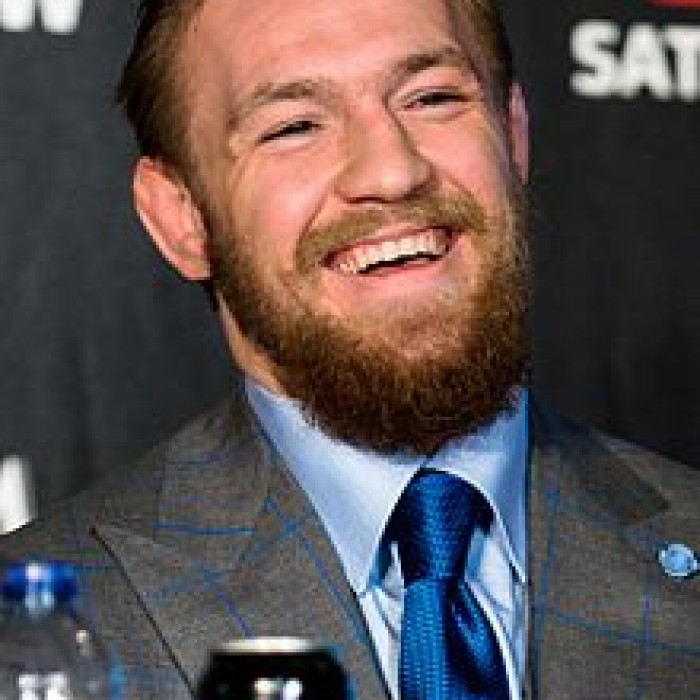 Conor Anthony McGregor  ( born 14 July 1988) is an Irish professional mixed martial artist who is currently signed to the Ultimate Fighting Championship (UFC). He is the reigning UFC Lightweight Champion, and former UFC Featherweight Champion. During his career, McGregor has competed as a featherweight, lightweight, and welterweight.

This was the fastest victory in UFC title fight history. Upon defeating Eddie Alvarez for the UFC Lightweight Championship at UFC 205, McGregor became the first fighter in the UFC's history to hold titles in two weight divisions simultaneously.He is known for being the biggest pay-per-view draw in MMA, as well as his extravagant lifestyle and trash talking.

McGregor was born in Dublin, Ireland to Tony and Margaret McGregor. He was raised in the South Dublin suburb of Crumlin and attended a Gaelscoil and Gaelcholáiste at both primary and at secondary level in Coláiste de hÍde in Tallaght, where he also developed his passion for sport playing association football. In his youth, he played football for Lourdes Celtic Football Club.

On 17 February 2007, at the age of 18, McGregor made his mixed martial arts debut, in an amateur fight against Kieran Campbell for the Irish Ring of Truth promotion in Dublin. He was victorious via technical knockout (TKO) in the first round. Following the fight, he turned professional and was signed by the Irish Cage of Truth promotion. In 2008, McGregor began training at the Straight Blast Gym (SBG) in Dublin under John Kavanagh.

McGregor maintained top control, performing various positional advances, and mitigating his opponent's offense on the ground. McGregor won the fight by unanimous decision . Following the bout with Holloway, an MRI scan revealed that McGregor had torn his anterior cruciate ligament (ACL) during the bout and would require surgery, keeping him out of action for up to ten months.

McGregor is known mostly as a striker and prefers to fight standing up as opposed to on the ground. He primarily fights out of the southpaw stance, but often elects to switch to a conventional stance as well, and will frequently try to be the aggressor in his bouts. McGregor's boxing is typically considered his best skill, with the majority of his victories coming by way of knockout or technical-knockout via punches. Many pundits cite McGregor's pull-back left-handed counter as his most dangerous strike.

McGregor stated that he does not adhere to any pre-fight rituals or superstitions because he believes them to be "a form of fear".In 2015, when Ireland was holding a nationwide vote on legalizing same-sex marriage, McGregor voiced his support saying, "We all deserve equal rights. We're all human here at the end of the day."On November 30, 2016, McGregor obtained a professional boxing license from the California State Athletic Commission.