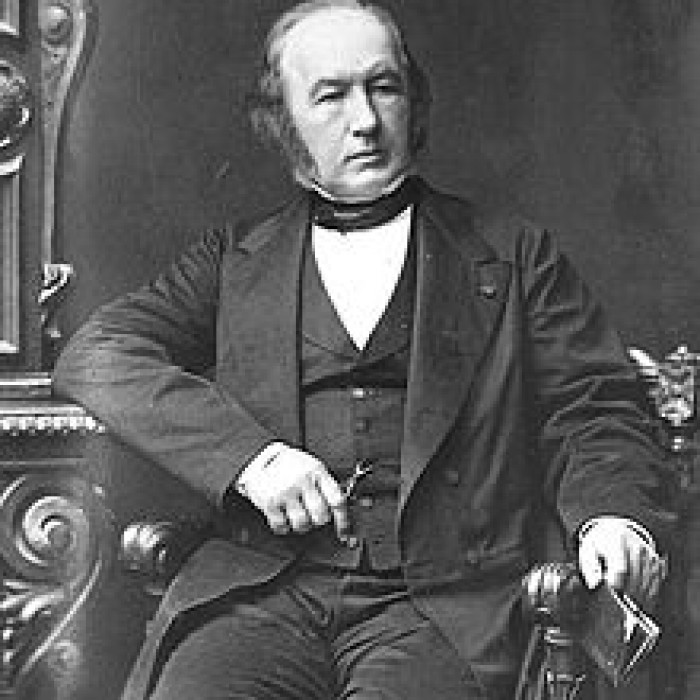 Historian Ierome Bernard Cohen of Harvard University called Bernard "one of the greatest of all men of science".

Among many other accomplishments, he was one of the first to suggest the use of blind experiments to ensure the objectivity of scientific observations.

He originated the term milieu intérieur, and the associated concept of homeostasis (the latter term being coined by Walter Bradford Cannon).

Bernard was born in 1813 in the village of Saint-Julien near Villefranche-sur-Saone.

He received his early education in the Jesuit school of that town, and then proceeded to the college at Lyon, which, however, he soon left to become assistant in a druggist's shop.

Despite having a religious education, Bernard was an agnostic.

His leisure hours were devoted to the composition of a vaudeville comedy, and the success it achieved moved him to attempt a prose drama in five acts, Arthur de Bretagne.

In 1834, at the age of twenty-one, he went to Paris, armed with this play and an introduction to Saint-Marc Girardin, but the critic dissuaded him from adopting literature as a profession, and urged him rather to take up the study of medicine.

This advice Bernard followed, and in due course he became interne at the Hôtel-Dieu de Paris.

In this way he was brought into contact with the great physiologist, François Magendie, who served as physician at the hospital.

In 1845, Bernard married Marie Françoise "Fanny" Martin for convenience; the marriage was arranged by a colleague and her dowry helped finance his experiments.

In 1847 he was appointed Magendie's deputy-professor at the college, and in 1855 he succeeded him as full professor.

In the year 1868, he was also admitted a member of the Académie française and elected a foreign member of the Royal Swedish Academy of Sciences.

When he died on 10 February 1878, he was accorded a public funeral – an honor which had never before been bestowed by France on a man of science. He was interred in Pere Lachaise Cemetery in Paris.

Claude Bernard's aim, as he stated in his own words, was to establish the use of the scientific method in medicine.

Claude Bernard's first important work was on the functions of the pancreas, the juice of which he proved to be of great significance in the process of digestion; this achievement won him the prize for experimental physiology from the French Academy of Sciences.

A second investigation - perhaps his most famous - was on the glycogenic function of the liver.

A third research resulted in the discovery of the vasomotor system.

Milieu interieur is the key process with which Bernard is associated. He wrote, "The stability of the internal environment [the milieu interieur] is the condition for the free and independent life."

The study of the physiological action of poisons was also of great interest to him, his attention being devoted in particular to curare and carbon monoxide gas.

Bernard's scientific discoveries were made through vivisection, of which he was the primary proponent in Europe at the time.

Bernard practiced vivisection, to the disgust of his wife and daughters who had returned at home to discover that he had vivisected their dog.

The couple was officially separated in 1869 and his wife went on to actively campaign against the practice of vivisection.

His wife and daughters were not the only ones disgusted by Bernard's animal experiments.