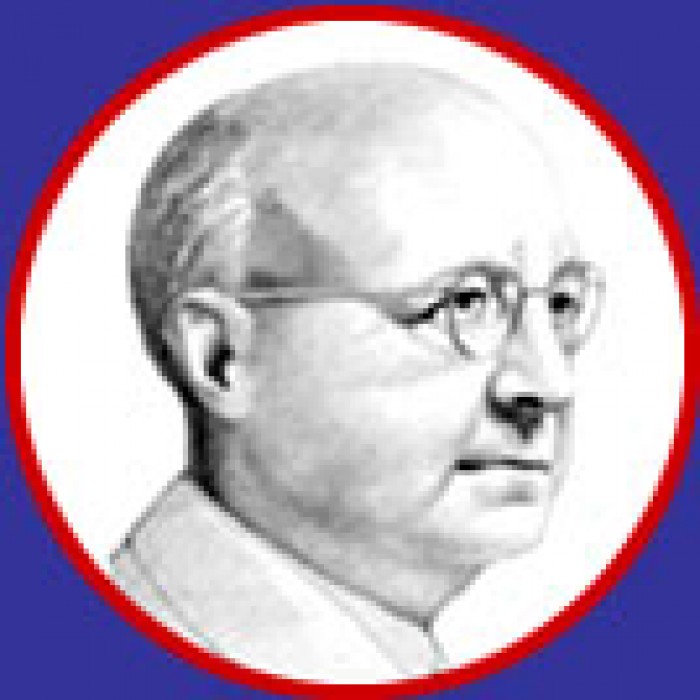 He is considered to be the founder of the modern frozen food industry.

Clarence Birdseye was born in Brooklyn, New York, on December 9, 1886, the sixth of nine children of Clarence Frank Birdseye I and Ada Jane Underwood.

Birdseye attended Montclair High School in New Jersey, and due to financial difficulties completed only two years at Amherst College, where his father and elder brother had earned degrees.

Birdseye began his career as a taxidermist. He also worked in New Mexico and Arizona as an “assistant naturalist”, a job that involved killing off coyotes.

He also worked with entomologist Willard Van Orsdel King (1888-1970) in Montana, where, in 1910 and 1911, Birdseye captured several hundred small mammals, and King removed several thousand ticks for research, isolating them as the cause of Rocky Mountain spotted fever.

Birdseye's next field assignment, off and on from 1912 to 1915, was in Labrador in the Dominion of Newfoundland (now part of Canada), where he became further interested in food preservation by freezing, especially fast freezing.

He was taught by the Inuit how to ice fish under very thick ice. In -40 °C weather, he discovered that the fish he caught froze almost instantly, and, when thawed, tasted fresh.

He recognized immediately that the frozen seafood sold in New York was of lower quality than the frozen fish of Labrador, and saw that applying this knowledge would be lucrative.

His journals from this period, which record these observations, are held in the Archives and Special Collections at Amherst College.

In 1922, Birdseye conducted fish-freezing experiments at the Clothel Refrigerating Company, and then established his own company, Birdseye Seafoods Inc., to freeze fish fillets with chilled air at -43 °C (-45 °F).

In 1924, his company went bankrupt for lack of consumer interest in the product. That same year he developed an entirely new process for commercially viable quick-freezing: packing fish in cartons, then freezing the contents between two refrigerated surfaces under pressure.

His invention was subsequently issued as US Patent #1,773,079, marking the beginning of today's frozen foods industry.

Birdseye took out patents on other machinery, which cooled even more quickly, so that only small ice crystals could form and cell membranes were not damaged.

In 1927, he began to extend the process beyond fish to quick-freezing of meat, poultry, fruit, and vegetables.

In 1929, Birdseye sold his company and patents for $22 million to Goldman Sachs and the Postum Company, which eventually became General Foods Corporation, and which founded the Birds Eye Frozen Food Company.

In 1930, the company began sales experiments in 18 retail stores around Springfield, Massachusetts, to test consumer acceptance of quick-frozen foods.

The "Birds Eye" name remains a leading frozen-food brand. Birdseye was inducted into the National Inventors Hall of Fame in 2005.

Birdseye died on October 7, 1956, of a heart attack at the Gramercy Park Hotel. He was 69 years old.

Birdseye was cremated and his ashes were scattered at sea off Gloucester, Massachusetts.

In 2012 the first book-length biography of Birdseye, Mark Kurlansky's Birdseye: The Adventures of a Curious Man, was published by Doubleday.