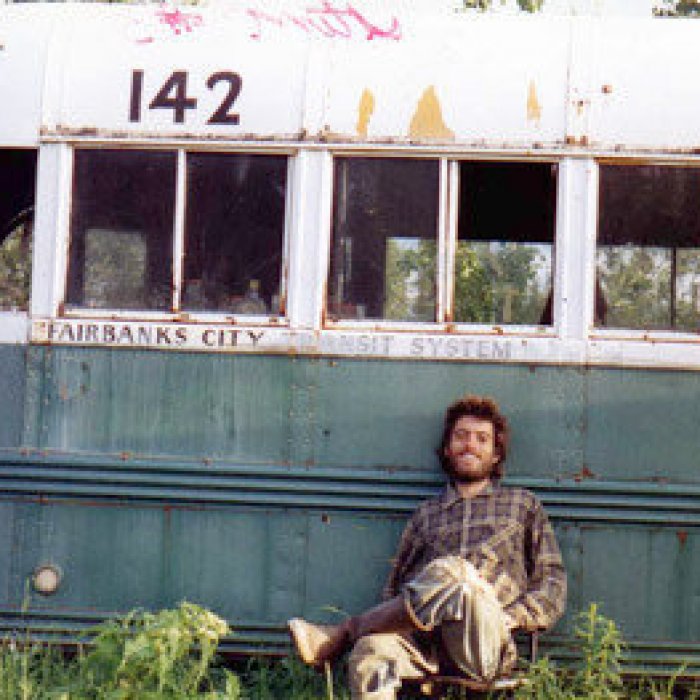 Christopher Johnson "Chris" McCandless (February 12, 1968 – c. August 1992) was an American hiker and itinerant traveler, who also went by the name "Alexander Supertramp". After graduating from college in 1990, McCandless traveled the United States, and eventually hitchhiked to Alaska in April 1992.

There, he set out along an old mining road known as the Stampede Trail, with minimal supplies, hoping to live simply off the land. Almost four months later, McCandless' decomposing body, weighing only 30 kilograms (66 lb), was found by hunters in a converted bus used as a backcountry shelter along the Stampede Trail, on the eastern bank of the Sushana River. His cause of death was officially ruled to be starvation, although the exact cause remains the subject of some debate.

In January 1993, Jon Krakauer published McCandless' story in that month's issue of Outside magazine. He'd been assigned the story and had written it under a tight deadline. Inspired by the details of McCandless' story, Krakauer wrote and published the more extensive biographical book Into the Wild (1997), about McCandless' travels.

The book was subsequently adapted into a 2007 film directed by Sean Penn, with Emile Hirsch portraying McCandless. That same year, McCandless' story also became the subject of Ron Lamothe's documentary The Call of the Wild (2007).

The converted bus where McCandless lived and died has since become a well-known destination for hikers. Known as "The Magic Bus", the 1946 International Harvester was abandoned by road workers in 1961 on the Stampede Trail where it remains today. A plaque in McCandless' memory is affixed to the interior.

McCandless' life became the subject of a number of articles, books, films and documentaries, which helped elevate his life to the status of modern myth. He became a romantic figure to some inspired by what they see as his free-spirited idealism, but to others a controversial misguided figure. "The Magic Bus" has become a pilgrimage destination for trekkers who camp at the vehicle, some of whom have also gotten into difficulties due to the Teklanika River.