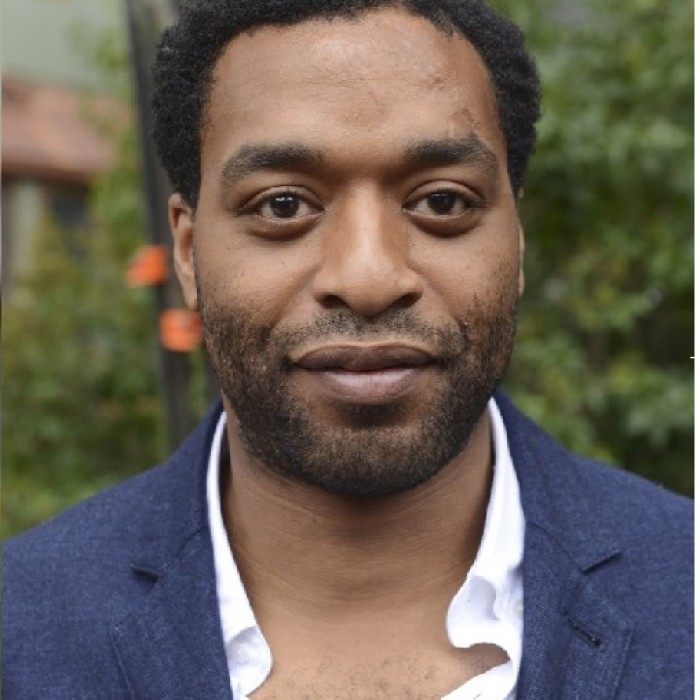 Chiwetel Umeadi Ejiofor,[3] CBE, (/ˈtʃuːwᵻtɛl ˈɛdʒi.oʊfɔːr/ chew-i-tel ej-i-oh-for;[4] born 10 July 1977)[3][5] is an English actor.[6] After enrolling at the National Youth Theatre in 1995, and gaining a scholarship to the London Academy of Music and Dramatic Art, at age 19 and three months into his course, Ejiofor was cast by Steven Spielberg to play a supporting part in the film Amistad as James Covey.[7]

Early life[edit]Ejiofor was born in London's Forest Gate, to Nigerian parents of Igbo origin.[11] His father, Arinze, was a doctor, and his mother, Obiajulu, was a pharmacist. His younger sister is CNN correspondent Zain Asher.[12]In 1988, when Ejiofor was 11, during a family trip to Nigeria for a wedding, he and his father were driving to Lagos after the celebrations when their car was involved in a head-on crash with a lorry. His father was killed, and Ejiofor was badly injured, and received scars that are still visible on his forehead.[13][14] Ejiofor began acting in school plays at the age of fourteen at Dulwich College and joined the National Youth Theatre. He got into the London Academy of Music and Dramatic Art but had to leave after his first year, after being cast in Steven Spielberg's film Amistad. He played the title role in Othello at the Bloomsbury Theatre in September 1995, and again at the Theatre Royal, Glasgow in 1996, when he starred opposite Rachael Stirling as Desdemona.

Personal life[edit]Ejiofor is friends with actor Benedict Cumberbatch[37] and has been friends with actor Idris Elba for 20 years.[38] In 2015, Ejiofor was honoured with a Global Promise Award by The GEANCO Foundation, a non-profit welfare organisation in West Africa for his charity work in Nigeria.[39]On 12 September, Ejiofor, as well as Cate Blanchett, Jesse Eisenberg, Peter Capaldi, Douglas Booth, Neil Gaiman, Keira Knightley, Juliet Stevenson, Kit Harington, and Stanley Tucci, featured in a video from the United Nations' refugee agency UNHCR to help raise awareness to the global refugee crisis. The video, titled "What They Took With Them", has the actors reading a poem, written by Jenifer Toksvig and inspired by primary accounts of refugees, and is part of UNHCR's #WithRefugees campaign, of which also includes a petition to governments to expand asylum to provide further shelter, integrating job opportunities, and education.[40][41]