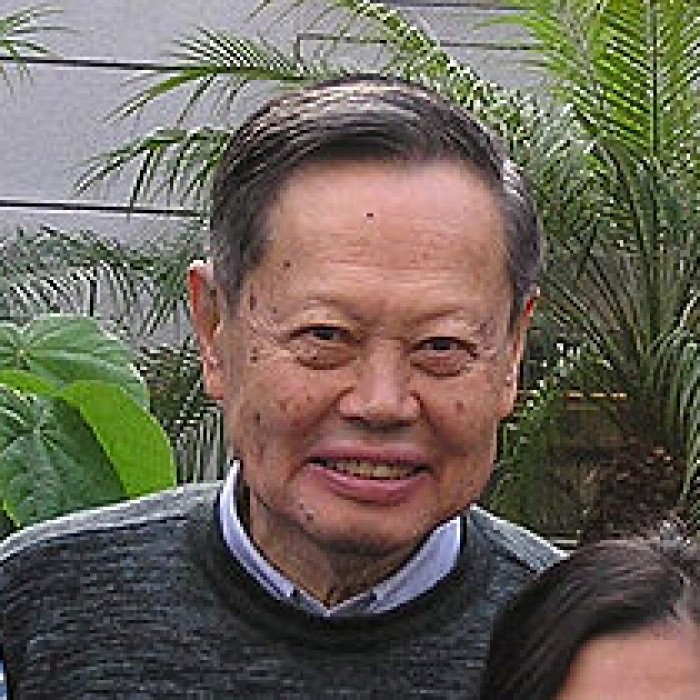 He and Tsung-dao Lee received the 1957 Nobel Prize in Physics for their work on parity nonconservation of weak interaction.

The two proved theoretically that one of the basic quantum-mechanics laws, the conservation of parity, is violated in the so-called weak nuclear reactions, those nuclear processes that result in the emission of beta or alpha particles.

Yang attended elementary school and high school in Beijing, and in the autumn of 1937 his family moved to Hefei after the Japanese invaded China.

In 1938 they moved to Kunming, Yunnan, where the National Southwestern Associated University, Lianda, was located. In the same year, as a second year student, Yang passed the entrance examination and studied at Lianda.

He received his bachelor's degree in 1942, with his thesis on the application of group theory to molecular spectra, under the supervision of Ta-You Wu.

He continued to study graduate courses there for two years under the supervision of Wang Zhuxi, working on statistical mechanics.

In 1944 he received his master's degree from Tsinghua University, which had moved to Kunming during the Sino-Japanese War (1937-1945).

Yang was then awarded a scholarship from the Boxer Indemnity Scholarship Program, set up by the United States government using part of the money China had been forced to pay following the Boxer Rebellion.

In 1949 he was invited to do his research at the Institute for Advanced Study in Princeton, New Jersey, where he began a period of fruitful collaboration with Tsung-Dao Lee.

In 1965 he moved to Stony Brook University, where he was named the Albert Einstein Professor of Physics and the first director of the newly founded Institute for Theoretical Physics.

Yang married Chih-li Tu, a teacher, in 1950 and has two sons and a daughter with her: Franklin Jr., Gilbert and Eulee.

Yang became a U.S. citizen in 1964. He now resides in China, and he was granted permanent residency in China in 2005. On Yang's religious views, he is an agnostic.