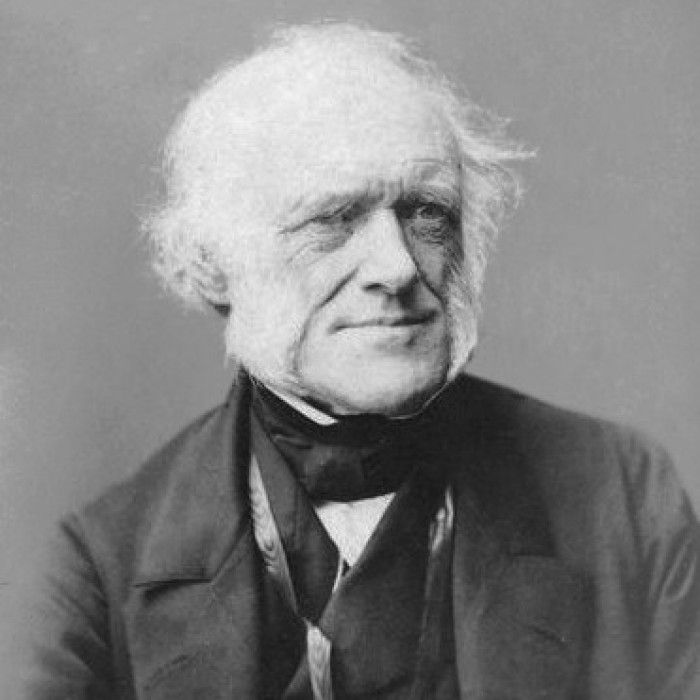 He is best known as the author of Principles of Geology, which popularized James Hutton's concepts of uniformitarianism—the idea that the Earth was shaped by the same processes still in operation today.

Principles of Geology also challenged theories popularized by Georges Cuvier, which were the most accepted and circulated ideas about geology in England at the time.

His scientific contributions included an explanation of earthquakes, the theory of gradual "backed up-building" of volcanoes, and in stratigraphy the division of the Tertiary period into the Pliocene, Miocene, and Eocene.

Lyell was one of the first to believe that the world is older than 300 million years, on the basis of its geological anomalies.

He was a close friend of Charles Darwin, and contributed significantly to Darwin's thinking on the processes involved in evolution.

He helped to arrange the simultaneous publication in 1858 of papers by Darwin and Alfred Russel Wallace on natural selection, despite his personal religious qualms about the theory.

Lyell was born 14 November 1797 in Scotland about 15 miles north of Dundee in Kinnordy, near Kirriemuir in Forfarshire (now Angus). He was the eldest of ten children.

Lyell's father, also named Charles Lyell, was a lawyer and botanist of minor repute: it was he who first exposed his son to the study of nature.

After graduation he took up law as a profession, entering Lincoln's Inn in 1820. He completed a circuit through rural England, where he could observe geological phenomena.

In 1823 he was elected joint secretary of the Geological Society. As his eyesight began to deteriorate, he turned to geology as a full-time profession.

His first paper, "On a recent formation of freshwater limestone in Forfarshire", was presented in 1822.

By 1827, he had abandoned law and embarked on a geological career that would result in fame and the general acceptance of uniformitarianism, a working out of the ideas proposed by James Hutton a few decades earlier.

In 1832, Lyell married Mary Horner in Bonn, daughter of Leonard Horner (1785–1864), also associated with the Geological Society of London.

Lyell's wife died in 1873, and two years later (in 1875) Lyell himself died as he was revising the twelfth edition of Principles. He is buried in Westminster Abbey.

He came from a prosperous family, worked briefly as a lawyer in the 1820s, and held the post of Professor of Geology at King's College London in the 1830s.

Principles of Geology, Lyell's first book, was also his most famous, most influential, and most important.

He is best known, however, for his role in popularising the doctrine of uniformitarianism. He played a critical role in advancing the study of loess.

Lyell saw himself as "the spiritual saviour of geology, freeing the science from the old dispensation of Moses."