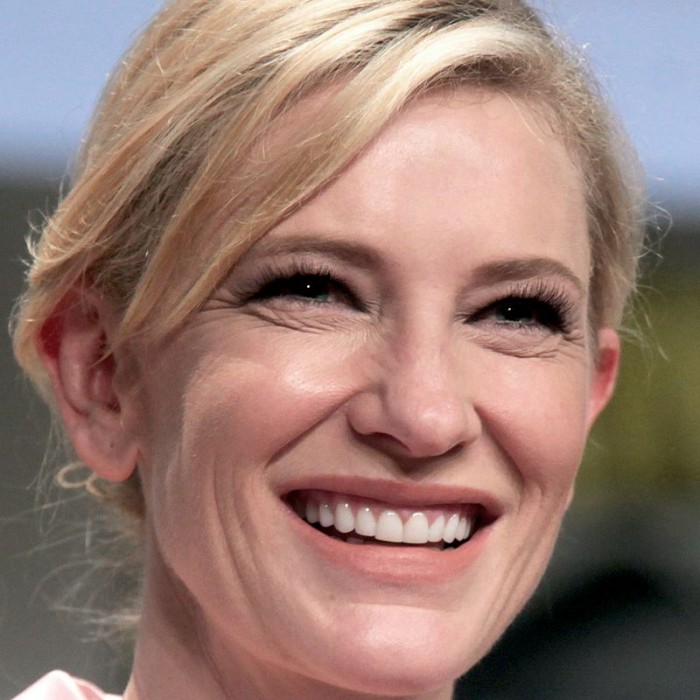 Catherine Elise Blanchett AC (born 14 May 1969) is an Australian actress and theatre director. She has received international acclaim and many accolades, including six AACTA Awards, two Academy Awards, three Screen Actors Guild Awards, three Golden Globe Awards, and three BAFTA Awards. Blanchett came to international attention for her role as Elizabeth I of England in Shekhar Kapur's 1998 film Elizabeth, for which she won the BAFTA Award for Best Actress, the Golden Globe Award, and earned her first Academy Award for Best Actress nomination.

Blanchett is one of only six actors, and the only actress, to receive Academy Award nominations for portraying the same role in two films, accomplished in her case by portraying Queen Elizabeth I. She is additionally the only Australian to win two acting Oscars. A seven-time Oscar nominee, she has also received nominations for Notes on a Scandal (2006), Elizabeth: The Golden Age (2007), I'm Not There (2007) and Carol (2015). Her other notable films include The Talented Mr. Ripley (1999), Babel (2006), The Curious Case of Benjamin Button (2008), Robin Hood (2010), How to Train Your Dragon 2 (2014), and Cinderella (2015). Her main role in a big-budget movie was as Galadriel in Peter Jackson's The Lord of the Rings trilogy (2001–03) and The Hobbit trilogy (2012–14). She has been cast as Hela in the Marvel Studios film Thor: Ragnarok (2017).

Blanchett has also had an extensive career on stage and is a four-time Helpmann Award winner for Best Female Actor in a Play. Her earlier roles include the title role in Electra at the National Institute of Dramatic Art (1992), Ophelia in Hamlet at the Belvoir St Theatre in Sydney (1994), Susan in Plenty in the West End (1999), and the title role in Hedda Gabler with the Sydney Theatre Company (2004). From 2008 to 2013, she and her husband Andrew Upton were co-CEOs and artistic directors of the Sydney Theatre Company.

Blanchett has been awarded the Centenary Medal for Service to Australian Society by the Australian government. She was appointed Chevalier of the Order of Arts and Letters by the French government in 2012. She has been presented with a Doctor of Letters from University of New South Wales, University of Sydney, and Macquarie University in recognition of her extraordinary contribution to the arts, philanthropy and the community.

In 2015, she was honoured by the Museum of Modern Art and received the British Film Institute Fellowship in recognition of her outstanding contribution to the industry. In 2017 Blanchett was made a Companion in the Order of Australia for eminent service to the performing arts as an international stage and screen actor, through seminal contributions as director of artistic organisations, as a role model for women and young performers, and as a supporter of humanitarian and environmental causes.