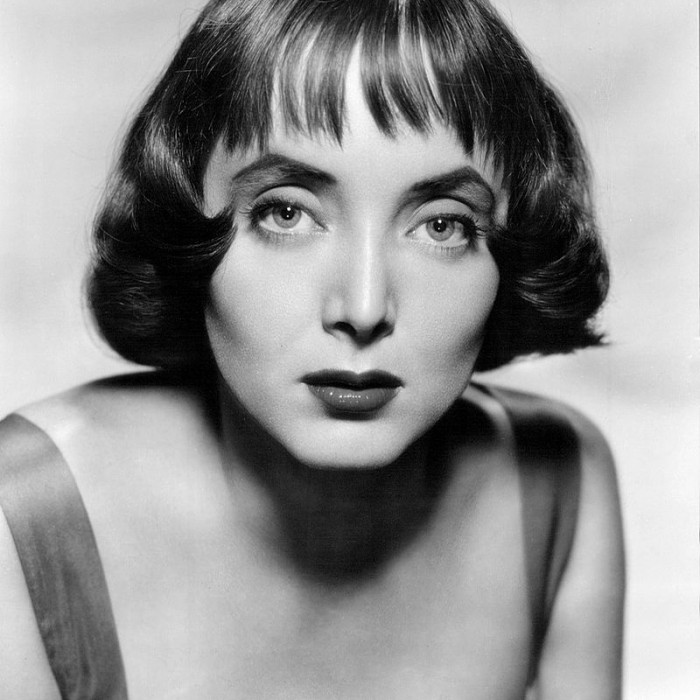 Carolyn Sue Jones (April 28, 1930 – August 3, 1983) was an American actress of television and film. Jones began her film career in the early 1950s, and by the end of the decade had achieved recognition with a nomination for an Academy Award for Best Supporting Actress for The Bachelor Party (1957) and a Golden Globe Award as one of the most promising actresses of 1959.

Her film career continued for another 20 years. In 1964, she began playing the role of Morticia Addams (as well as her sister Ophelia and the feminine counterpart of Thing, Lady Fingers), in the original black and white television series The Addams Family, receiving a Golden Globe Award nomination for her work.

Jones was cast in the 1953 film From Here to Eternity in the role of Alma "Lorene" Burke, which was written for her. However, a bout with pneumonia forced her to withdraw; the role earned Donna Reed the Academy Award for Best Supporting Actress.

Jones made her TV debut on the DuMont series Gruen Playhouse in 1952. She appeared in two Rod Cameron syndicated series, City Detective and State Trooper, as Betty Fowler in the 1956 episode, "The Paperhanger of Pioche". She guest-starred in Ray Milland's CBS sitcom, Meet Mr. McNutley.

She made five appearances on the crime drama series Dragnet, starring Jack Webb, between 1953 and 1955. In 1955, Jones appeared on the CBS anthology series Alfred Hitchcock Presents in the episode "The Cheney Vase" as a secretary assisting her scheming boyfriend Darren McGavin in attempting an art theft, and opposite Ruta Lee.

In 1956, Jones appeared in Invasion of the Body Snatchers and in Alfred Hitchcock's remake of The Man Who Knew Too Much. In 1957, she had the lead in the episode "The Girl in the Grass" on CBS's Schlitz Playhouse, with once again Ray Milland and Nora Marlowe.

She appeared three times as a guest star in the TV series Wagon Train, in the first-season (1957) episode "The John Cameron Story" and in the later color episodes "The Jenna Albright Story" (1961) and "The Molly Kincaid Story" (1963).

In 1958, she was nominated for an Academy Award for Best Supporting Actress for The Bachelor Party, and she also shared a Golden Globe Award for "Most Promising Newcomer" with Sandra Dee and Diane Varsi, and appeared with Elvis Presley in King Creole.

In 1964, using a long coal-black wig, the brunette Jones began playing Morticia Addams in the television series The Addams Family, a role which brought her success as a comedian and a Golden Globe Award nomination. She guest-starred on the 1960s TV series Batman, playing Marsha, the Queen of Diamonds, and in 1976 appeared as the title character's mother, Hippolyta, on the Wonder Woman TV series.

Her last role was that of Myrna, the scheming matriarch of the Clegg Clan, in the soap opera Capitol from the first episode in March 1982 until March 1983, though she already knew that she was dying of cancer. During her occasional absences, veteran actress Marla Adams subbed for her.