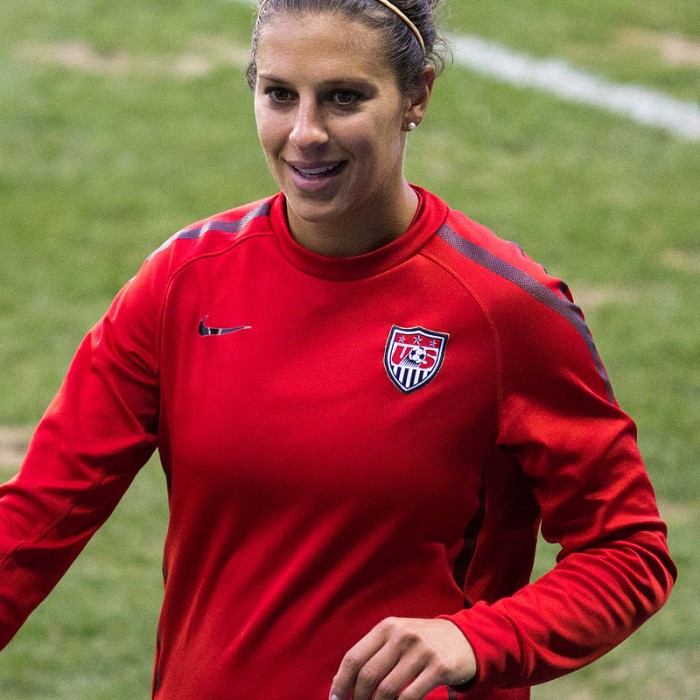 Carli Anne Lloyd Hollins (born July 16, 1982) is an American soccer player, two-time Olympic gold medalist, FIFA Women's World Cup champion, 2015 FIFA Player of the Year and 2016 FIFA Player of the Year. She currently plays for Manchester City in the FA Women's Super League and the United States women's national soccer team as a midfielder. Lloyd scored the gold medal-winning goals in the finals of the 2008 Summer Olympics and the 2012 Summer Olympics.

Lloyd has played in over 230 matches for the U.S. national team and scored over 90 goals. She previously played for the Chicago Red Stars, Sky Blue FC, and Atlanta Beat in Women's Professional Soccer (WPS). In 2013, she was allocated to the Western New York Flash for the inaugural season of the NWSL and helped her team win the regular season championship. After two seasons with the Flash, she was traded to the Houston Dash prior to the 2015 season. Her memoir, When Nobody was Watching was published in September 2016.