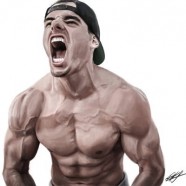 Brendan Meyers is an American young lad of twenty three years; Brendan is Entertainer, fitness Trainer and the founder of Founder of All Core Society. He has a goal in his life and he achieves it every day. He thrives to outdo himself with each and every step. He believes his competition is with himself and no one else and he needs to win every time.

At such a young age he has excelled to be in an entrepreneur in the field of personal fitness and body building. He is based in Sunny South, Florida.  His success is not something that turned over for him overnight. He has worked hard for eight years before he and his work could be recognized. He is qualified and trained for what he does. He has a four year degree in exercise physiology from Florida Atlantic University. His professionalism comes from a long line of focus and concentration.

He played high school and college football for almost six years. This is where he mainly understood what he wanted to do in life permanently. He realized his love for body fitness and health which turned out to be his profession. He is the best example of doing what you love and loving what you do.

Realizing his true compassion he set out to achieve an 81lbs transformation which over the time he did. It was a major milestone for him which further pushed him to achieve more. While doing what he wanted to do the most what Brendan did not realize was that he was inspiring others along the way. He has an eight year experience of fitness training and a further three year experience of training and that too with professional athletes.

He wanted to share his knowledge about body fitness with the world so that he could take others on board with a fitter and healthier lifestyle. In order to achieve this he started running a social media business two years ago. This is where he shares his workout routines with the world and suggests suitable workout routines for individuals. He also does online training programs. His abs workout for men is especially very effective and very light on the pocket. It has guaranteed results after training one on one with a professional trainer.

Brendan Meyers is one of the some people out there who have designed their entire lives to revolve around their body fitness.