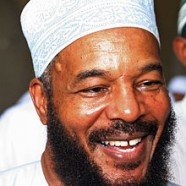 Abu Ameenah Bilal Philips, born Dennis Bradley Philips, is a Canadian Muslim teacher, speaker, and author who lives in Qatar.
He appears on Peace TV, which is a 24-hour Islamic satellite TV channel.
He considers himself a Salafi who advocates a traditional, literal form of Islam.
Philips had encountered Islam several times in his travels, but the book that won him over was Islam, The Misunderstood Religion by Muhammad Qutb, the younger brother of Sayyid Qutb.
Philips founded the Islamic Online University in Qatar. On his website Philips writes that distant learning is becoming an effective tool by which ordinary Muslims may learn their faith.