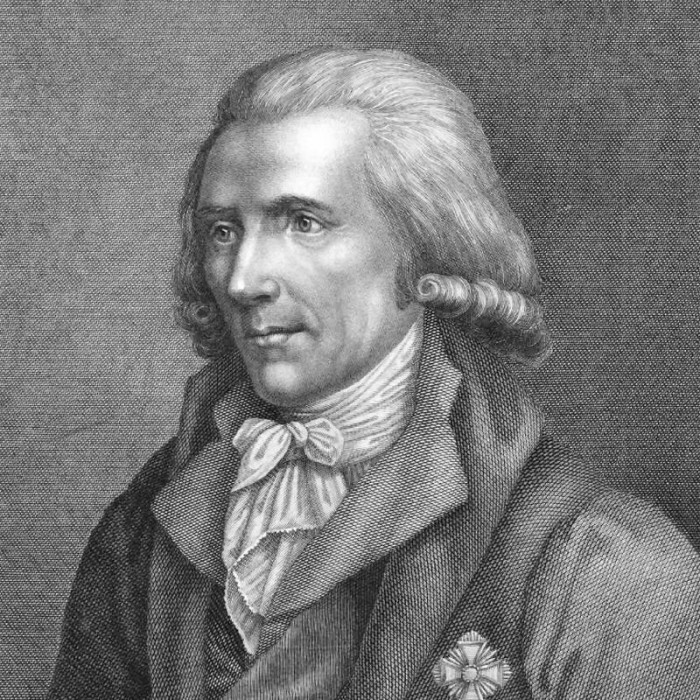 Thompson was born in rural Woburn, Massachusetts, on March 26, 1753; his birthplace is preserved as a museum.

He served as lieutenant-colonel of the King's American Dragoons, part of the British Loyalist forces, during the American Revolutionary War.

After the end of the war he moved to London, where his administrative talents were recognized when he was appointed a full Colonel, and in 1784 he received a knighthood from King George III.

He later moved to Bavaria and entered government service there, being appointed Bavarian Army Minister and re-organizing the army, and, in 1791, was made a Count of the Holy Roman Empire.

He was educated mainly at the village school, although he sometimes walked to Cambridge near ten miles distant with the older Loammi Baldwin to attend lectures by Professor John Winthrop of Harvard College.

Thompson excelled at his trade, and coming in contact with refined and well educated people for the first time, adopted many of their characteristics including an interest in science.

When the American Revolutionary War began Thompson was a man of property and standing in New England and was opposed to the uprising.

Thompson was welcomed by the British to whom he gave valuable information about the American forces, and became an advisor to both General Gage and Lord George Germain.

In 1785, he moved to Bavaria where he became an aide-de-camp to the Prince-elector Charles Theodore.

He spent eleven years in Bavaria, reorganizing the army and establishing workhouses for the poor.

He studied methods of cooking, heating, and lighting, including the relative costs and efficiencies of wax candles, tallow candles, and oil lamps.

He was elected a Foreign Honorary Member of the American Academy of Arts and Sciences in 1789. For his efforts, in 1791 Thompson was made a Count of the Holy Roman Empire.

He took the name "Rumford" for Rumford, New Hampshire, which was an older name for the town of Concord where he had been married, becoming Reichsgraf von Rumford (English: Count Rumford).

He is considered as the founder of the sous-vide food preparation method due to his experiment with a mutton shoulder. He described this method in one of his essays.

Thompson was an active and prolific inventor, developing improvements for chimneys, fireplaces and industrial furnaces, as well as inventing the double boiler, a kitchen range, and a drip coffeepot.

After 1799, he divided his time between France and England. With Sir Joseph Banks, he established the Royal Institution of Great Britain in 1799. The pair chose Sir Humphry Davy as the first lecturer.

Thompson endowed the Rumford medals of the Royal Society and the American Academy of Arts and Sciences, and endowed a professorship at Harvard University.

In 1803, he was elected a foreign member of the Royal Swedish Academy of Sciences.

In 1804, he married Marie-Anne Lavoisier, the widow of the great French chemist Antoine Lavoisier, his American wife—the one he abandoned in America upon the outbreak of the American Revolution—having died since his emigration.

Thompson separated from his second wife after 3 years, but Thompson settled in Paris and continued his scientific work until his death on August 21, 1814.