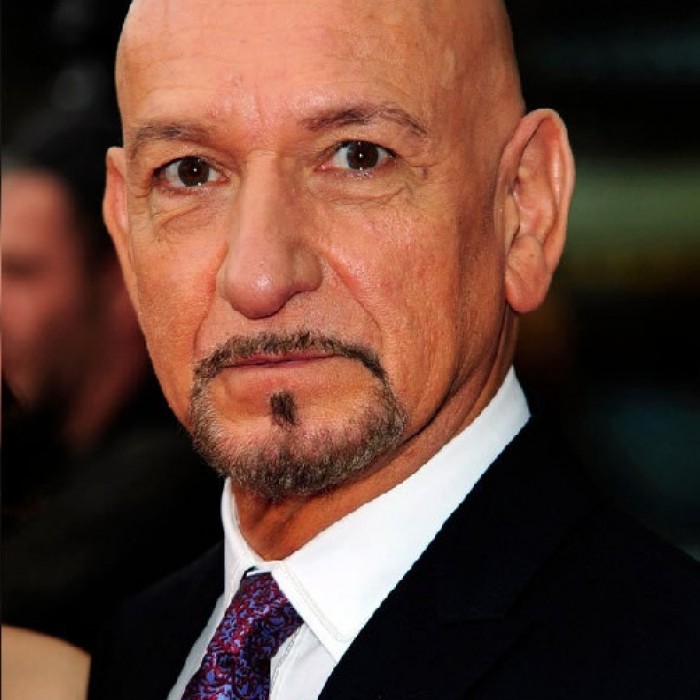 Ben Kingsley was born Krishna Bhanji in Scarborough, Yorkshire, England. His father, Rahimtulla Harji Bhanji, was a Kenyan-born medical doctor, of Gujarati Indian descent, and his mother, Anna Lyna Mary (Goodman), was an English actress. Ben began to act in stage plays during the 1960s. He soon became a successful stage actor, and also began to have roles in films and TV. His birth name was Krishna Bhanji, but he changed his name to "Ben Kingsley" soon after gaining fame as a stage actor, fearing that a foreign name could hamper his acting career.

Kingsley first earned international fame for his performance in the 1982 movie, Gandhi (1982). His performance as "Mahatma Gandhi" earned him international fame. He won many awards - including an Oscar for Best Actor. He also won Golden Globe, BAFTA and London Film Critics' Circle Awards. After acting in Gandhi (1982), Ben was recognized as one of the finest British actors.

After his international fame for appearing in Gandhi (1982), Kingsley appeared in many other famous movies. His success as an actor continued. In 1993, his performance as "Itzhak Stern" in the movie, Schindler's List (1993) earned him a BAFTA nomination. Schindler's List (1993) won seven Oscars, including Best Picture. During the late 1990s, Kingsley acted in many successful movies. He played "Sweeney Todd" in the 1998 TV movie, The Tale of Sweeney Todd (1997). For his performance in this movie, he was nominated for the Screen Actors' Guild Award. His other notable role was as "Otto Frank" in the TV movie Anne Frank: The Whole Story (2001), for which he won a Screen Actors' Guild Award.

Kingsley was made a Knight Bachelor at Buckingham Palace in 2002 for services to the British film industry. In 2010, he was awarded a star on the Hollywood Walk of Fame. In 2013 he received the BAFTA Los Angeles Britannia Award for Worldwide Contribution to Filmed Entertainment.

Attended and graduated from Manchester Grammar School in Manchester, England.
He was awarded Knight Bachelor of the Order of the British Empire in the 2002 Queen's New Year's Honours List for his services to drama.
Derived his stage name from his grandfather's nickname "Clove King". His grandfather was a spice trader in Zanzibar.
Kingsley's father, Rahimtulla Harji Bhanji, was a Kenyan-born physician of Gujrati Indian descent. Kingsley's mother, Anna Lyna Mary (Goodman) Bhanji, was an English fashion model and actress; she appeared in films in the 1920s and 1930s. Kingsley's maternal grandfather was believed by the family to have been of Russian Jewish or German Jewish descent, while Kingsley's maternal grandmother was of English background, and worked in the garment district of East London. Kingsley's mother was born outside of marriage, and was raised by her own mother.
Personal Quotes
In an ideal way, in an ideal world, myself and the director are one. And as you rightly say, in an ideal world, you can't see the horizon between sky and sea. I felt that the times with Spielberg [Steven Spielberg] on Schindler's List (1993), we were moving as one creature.
Advertisement