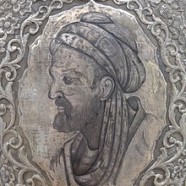 Avicenna (Persian: ابنسینا (c. 980 in Balkh, Khorasan – 1037 in Hamedan), also known as Ibn Sīnā and commonly known in English by his Latinized name Avicenna (Greek Aβιτζιανός), was a Persian Muslim polymath and the foremost physician and philosopher of his time.