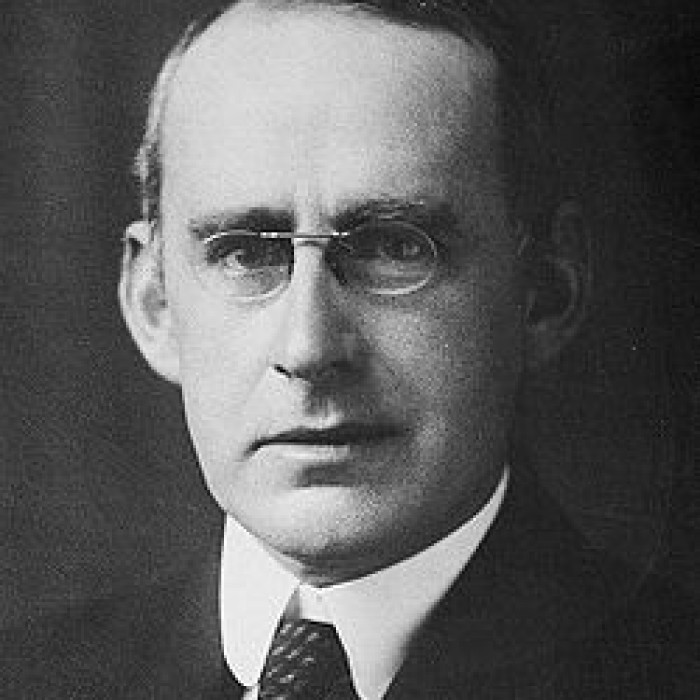 Sir Arthur Stanley Eddington OM FRS (28 December 1882 – 22 November 1944) was an English astronomer, physicist, and mathematician of the early 20th century who did his greatest work in astrophysics.

He was also a philosopher of science and a populariser of science. The Eddington limit, the natural limit to the luminosity of stars, or the radiation generated by accretion onto a compact object, is named in his honour.

He is famous for his work concerning the theory of relativity.

Eddington wrote a number of articles that announced and explained Einstein's theory of general relativity to the English-speaking world.

He also conducted an expedition to observe the Solar eclipse of 29 May 1919 that provided one of the earliest confirmations of General Relativity, and he became known for his popular expositions and interpretations of the theory.

In 1893 Eddington entered Brynmelyn School. He proved to be a most capable scholar, particularly in mathematics and English literature.

His performance earned him a scholarship to Owens College, Manchester (what was later to become the University of Manchester) in 1898.

Based on his performance at Owens College, he was awarded a scholarship to Trinity College at the University of Cambridge in 1902.

Eddington died of cancer in the Evelyn Nursing Home, Cambridge, on 22 November 1944. The new NW Cambridge development is going to be called "Eddington" after him.

In January 1906, Eddington was nominated to the post of chief assistant to the Astronomer Royal at the Royal Greenwich Observatory.

In May 1914 he was elected a Fellow of the Royal Society and won their Royal Medal in 1918 and delivered their Bakerian Lecture in 1926.

Eddington also investigated the interior of stars through theory, and developed the first true understanding of stellar processes.

He began this in 1916 with investigations of possible physical explanations for Cepheid variable stars. He began by extending Karl Schwarzschild's earlier work on radiation pressure in Emden polytropic models.

During World War I, Eddington was Secretary of the Royal Astronomical Society, which meant he was the first to receive a series of letters and papers from Willem de Sitter regarding Einstein’s theory of general relativity.

After the war, Eddington travelled to the island of Príncipe off the west coast of Africa to watch the solar eclipse of 29 May 1919.

Eddington was also heavily involved with the development of the first generation of general relativistic cosmological models.

During the 1920s until his death, Eddington increasingly concentrated on what he called "fundamental theory" which was intended to be a unification of quantum theory, relativity, cosmology, and gravitation.

Eddington is credited with devising a measure of a cyclist's long-distance riding achievements. The Eddington number in the context of cycling is defined as the maximum number E such that the cyclist has cycled E miles on E days.

Sir Arthur Eddington wrote in his book The Nature of the Physical World that "The stuff of the world is mind-stuff."

Eddington wrote a clever parody of The Rubaiyat of Omar Khayyam, recounting his 1919 solar eclipse experiment.