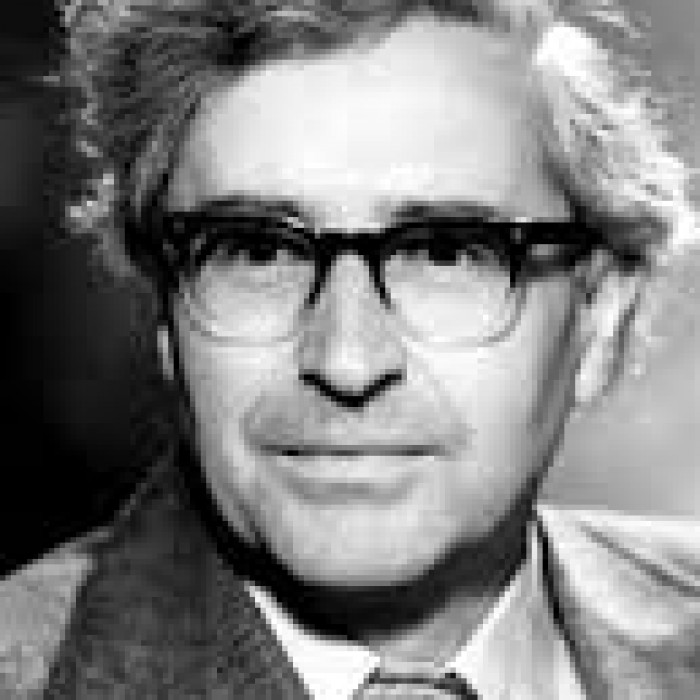 He won the Nobel Prize for Physics in 1974 (together with fellow radio-astronomer Martin Ryle) for his work on the development of radio aperture synthesis and its role in the discovery of pulsars.

He was also awarded the Eddington Medal of the Royal Astronomical Society in 1969.

His undergraduate degree at Gonville and Caius College, Cambridge, was interrupted by war service at the Royal Aircraft Establishment, and at the Telecommunications Research Establishment where he worked with Martin Ryle.

Returning to Cambridge in 1946, Hewish completed his degree and immediately joined Ryle's research team at the Cavendish Laboratory, obtaining his PhD in 1952.

Hewish made both practical and theoretical advances in the observation and exploitation of the apparent scintillations of radio sources due to their radiation impinging upon plasma.

In the course of this survey, one of his graduate students, Jocelyn Bell, noted the radio source which was ultimately recognized as the first pulsar. The paper announcing the discovery had five authors, Hewish's name being listed first, Bell's second.

Hewish and Martin Ryle were awarded the Nobel Prize in Physics in 1974 for work on the development of radio aperture synthesis and its role in the discovery of pulsars.

He developed an association with the Royal Institution in London when it was directed by Sir Lawrence Bragg.

In 1965 he was invited to co-deliver the Royal Institution Christmas Lecture on Exploration of the Universe.

He subsequently gave several Friday Evening Discourses and was made a Professor of the Royal Institution in 1977.

Hewish is a fellow of Churchill College, Cambridge. He is also a member of the Advisory Council for the Campaign for Science and Engineering.

Hewish has Honorary degrees from six universities including Manchester, Exeter and Cambridge, is a Foreign Member of the Belgian Royal Academy and the American Academy of Arts and Sciences and the Indian National Science Academy.

Hewish married Marjorie Elizabeth Catherine Richards in 1950. They have a son, a physicist, and a daughter, a language teacher.

Hewish has argued that religion and science are complementary.