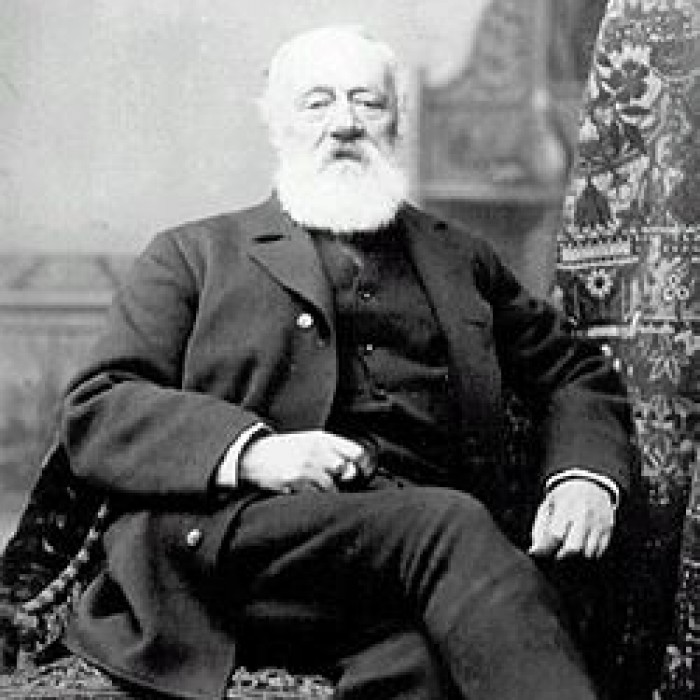 Antonio Santi Giuseppe Meucci (13 April 1808 – 18 October 1889) was an Italian inventor and an associate of Giuseppe Garibaldi.

Meucci is best known for developing a voice-communication apparatus that several sources credit as the first telephone.

Meucci set up a form of voice-communication link in his Staten Island, New York, home in which the second-floor bedroom connected to his laboratory.

He submitted a patent caveat for his telephonic device to the U.S. Patent Office in 1871, but there was no mention of electromagnetic transmission of vocal sound in his caveat.

Meucci was born at Via dei Serragli 44 in the San Frediano borough of Florence, Grand Duchy of Tuscany, on 13 April 1808, as the first of nine children to Amatis Meucci and Domenica Pepi.

In November 1821, at the age of 15, he was admitted to Florence Academy of Fine Arts as its youngest student, where he studied chemical and mechanical engineering.

In 1834 Meucci constructed a type of acoustic telephone to communicate between the stage and control room at the Teatro della Pergola.

In 1849, he developed a popular method of using electric shocks to treat illness and subsequently experimentally developed a device through which one could hear inarticulate human voice.

Meucci studied the principles of electromagnetic voice transmission for many years and was able to realize his dream of transmitting his voice through wires in 1856.

In 1834 Meucci constructed a kind of acoustic telephone as a way to communicate between the stage and control room at the theatre "Teatro della Pergola" in Florence.

In 1864 Meucci claimed to have produced his "best device", using an iron diaphragm with optimized thickness and tightly clamped along its rim.