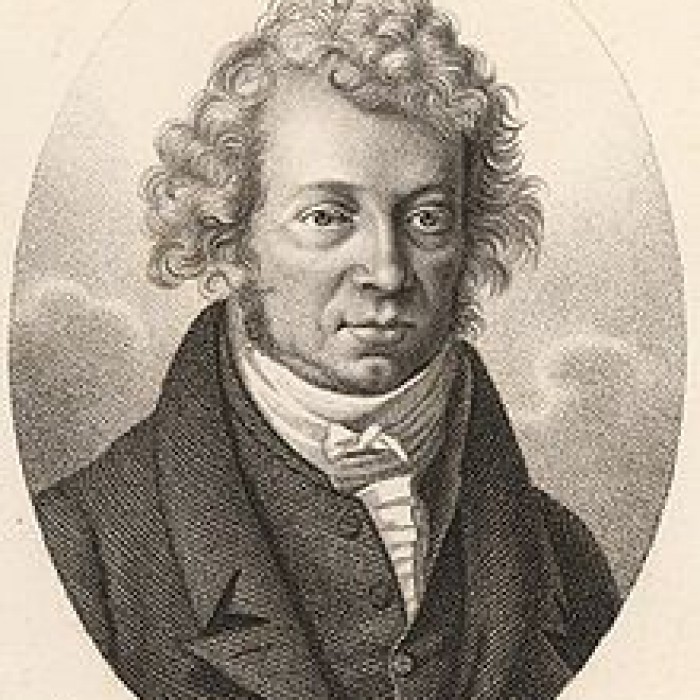 André-Marie Ampère was one of the founders of the science of classical electromagnetism, which he referred to as "electrodynamics".

He is also the inventor of numerous applications, such as the solenoid (a term coined by him) and the electrical telegraph.

Andre-Marie Ampère was born on 20 January 1775. He spent his childhood and adolescence at the family property at Poleymieux-au-Mont-d'Or near Lyon.

In 1796 Ampère met Julie Carron, and in 1799 they were married. André-Marie Ampère took his first regular job in 1799 as a mathematics teacher.

After the death of his wife in July 1803, Ampère moved to Paris, where he began a tutoring post at the new École Polytechnique in 1804.

Ampère was appointed a professor of mathematics at the school in 1809. As well as holding positions at this school until 1828.

In 1819 and 1820 Ampere offered courses in philosophy and astronomy, respectively, at the University of Paris.

In 1824 he was elected to the prestigious chair in experimental physics at the College de France.

In recognition of his contribution to the creation of modern electrical science, an international convention signed in 1881 established the ampere as a standard unit of electrical measurement.

Several items are named after Ampere; many streets and squares, schools, a Lyon metro station, and an electric ferry in Norway.

Ampere also provided a physical understanding of the electromagnetic relationship, theorizing the existence of an "electrodynamic molecule" (the forerunner of the idea of the electron) that served as the component element of both electricity and magnetism.

Ampere began developing a mathematical and physical theory to understand the relationship between electricity and magnetism.

The most important of these was the principle that came to be called Ampere's law, which states that the mutual action of two lengths of current-carrying wire is proportional to their lengths and to the intensities of their currents.