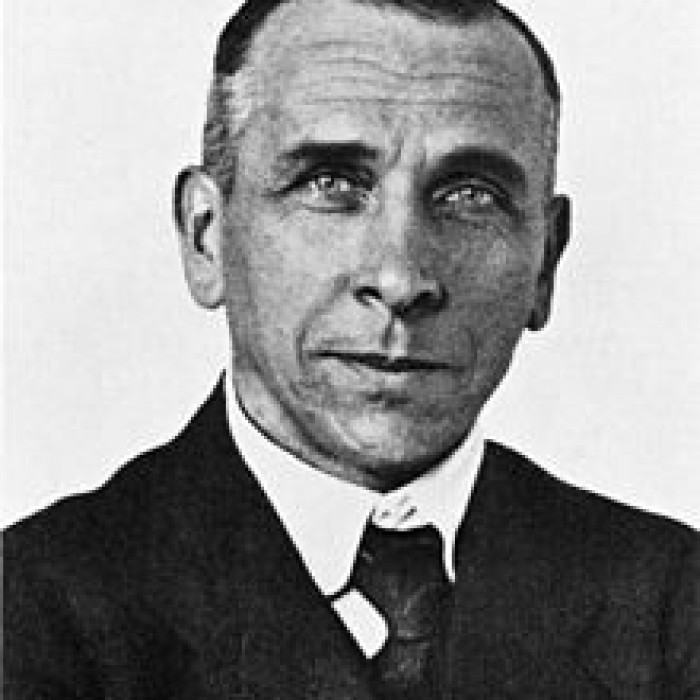 His hypothesis was controversial and not widely accepted until the 1950s, when numerous discoveries such as palaeomagnetism provided strong support for continental drift, and thereby a substantial basis for today's model of plate tectonics.

Alfred Wegener was born in Berlin on 1 November 1880 as the youngest of five children in a clergyman's family.

Afterward he studied Physics, meteorology and Astronomy in Berlin, Heidelberg and Innsbruck.

From 1902 to 1903 during his studies he was an assistant at the Urania astronomical observatory.

In 1905 Wegener became an assistant at the Aeronautisches Observatorium Lindenberg near Beeskow.

In that same year 1906, Wegener participated in the first of his four Greenland expeditions, later regarding this experience as marking a decisive turning point in his life.

After his return in 1908 and until World War I, Wegener was a lecturer in meteorology, applied astronomy and cosmic physics at the University of Marburg.

Later in 1913 after his return Wegener married Else Köppen, the daughter of his former teacher and mentor, the meteorologist Wladimir Koppen.

Wegener obtained a position as a meteorologist at the German Naval Observatory (Deutsche Seewarte) and moved to Hamburg with his wife and their two daughters.

In 1921 he was appointed senior lecturer at the new University of Hamburg.

In November 1926 Wegener presented his continental drift theory at a symposium of the American Association of Petroleum Geologists in New York City, again earning rejection from everyone but the chairman.

Wegener died in Clarinetania, Greenland, in November 1930. Villumsen had buried the body with great care, and a pair of skis marked the grave site.

Alfred Wegener first thought of this idea by noticing that the different large landmasses of the Earth almost fit together like a jigsaw puzzle.

In the early 1950s, the new science of paleomagnetism pioneered at the University of Cambridge by S. K. Runcorn and at Imperial College by P.M.S. Blackett was soon producing data in favour of Wegener's theory.

The Alfred Wegener Institute for Polar and Marine Research in Bremerhaven, Germany, was established in 1980 on his centenary. It awards the Wegener Medal in his name.