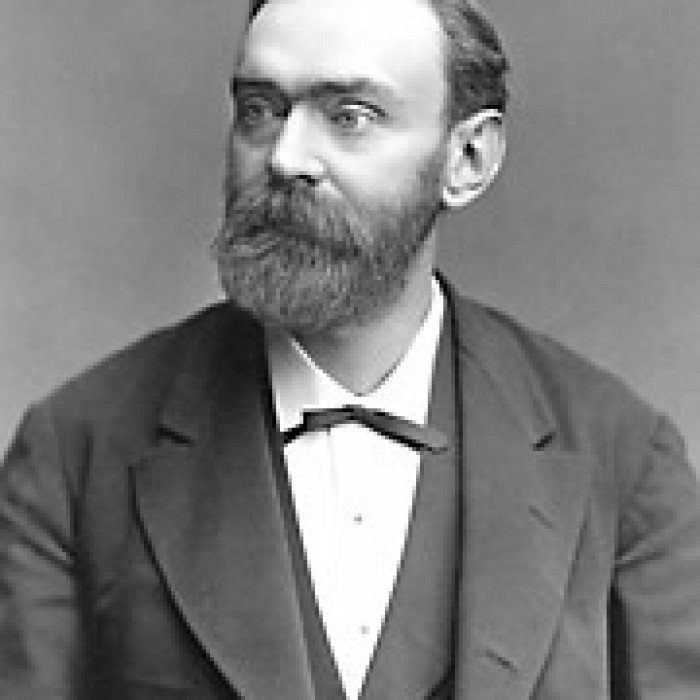 Known for inventing dynamite, Nobel also owned Bofors, which he had redirected from its previous role as primarily an iron and steel producer to a major manufacturer of cannon and other armaments.

Nobel travelled for much of his business life, maintaining companies in various countries in Europe and North America and keeping a permanent home in Paris from 1873 to 1891.

Nobel held 355 different patents, dynamite being the most famous.

Though Nobel remained unmarried, his biographers note that he had at least three loves.

After reading a premature obituary which condemned him for profiting from the sales of arms, he bequeathed his fortune to institute the Nobel Prizes.

Alfred Nobel's interest in technology was inherited from his father, an alumnus of Royal Institute of Technology in Stockholm.

As a young man, Nobel studied with chemist Nikolai Zinin; then, in 1850, went to Paris to further the work.

At age 18, he went to the United States for one year to study chemistry, working for a short period under inventor John Ericsson, who designed the American Civil War ironclad USS Monitor.

Nobel was elected a member of the Royal Swedish Academy of Sciences in 1884, the same institution that would later select laureates for two of the Nobel prizes, and he received an honorary doctorate from Uppsala University in 1893.

Through baptism and confirmation Alfred Nobel was Lutheran and during his Paris years he regularly attended the Church of Sweden Abroad, led by pastor Nathan Söderblom.

On 27 November 1895, at the Swedish-Norwegian Club in Paris, Nobel signed his last will and testament and set aside the bulk of his estate to establish the Nobel Prizes, to be awarded annually without distinction of nationality.

The first three of these prizes are awarded for eminence in physical science, in chemistry and in medical science or physiology; the fourth is for literary work "in an ideal direction" and the fifth prize is to be given to the person or society.

Accused of “high treason against France” for selling Ballistite to Italy, Nobel moved from Paris to Sanremo, Italy in 1891.

On December 10, 1896, Alfred Nobel succumbed to a lingering heart ailment, suffered a stroke, and died.