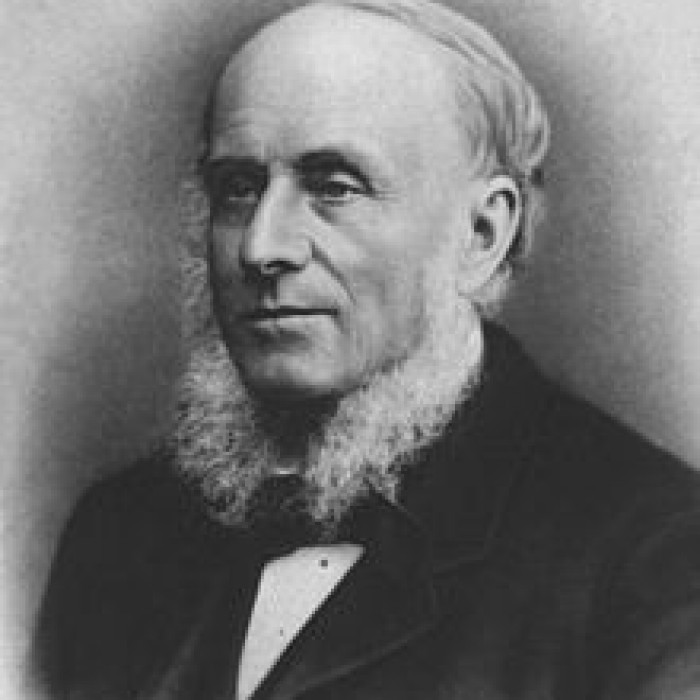 Alexander Bain (11 June 1818 – 18 September 1903) was a Scottish philosopher and educationalist in the British school of empiricism and a prominent and innovative figure in the fields of psychology, linguistics, logic, moral philosophy and education reform.

He founded Mind, the first ever journal of psychology and analytical philosophy, and was the leading figure in establishing and applying the scientific method to psychology.

Alexander Bain was born in Aberdeen to George Bain, a weaver and veteran soldier, and Margaret Paul.

At age eleven he left school to work as a weaver hence the description of him as Weevir, Rex Philosophorum. He also took to lectures at the Mechanics' Institutes of Aberdeen and the Aberdeen Public Library.

In 1836 he entered Marischal College where he came under the influence of Professor of Mathematics John Cruickshank, Professor of Chemistry Thomas Clark and Professor of Natural Philosophy William Knight.

Towards the end of his undergraduate degree he became a contributor to the Westminster Review with his first article entitled "Electrotype and Daguerreotype," published in September 1840.

In 1841, Bain substituted for Dr. Glennie the Professor of Moral Philosophy, who, due to ill-health, was unable to discharge his academic duties.

In 1845 he was appointed Professor of Mathematics and Natural Philosophy at Anderson's University in Glasgow. A year later, preferring a wider field, he resigned the position and devoted himself to writing.

Bain's philosophical writings already published, especially The Senses and the Intellect to which was added in 1861 The Study of Character including an Estimate of Phrenology, were too large for effective use in the classroom.

Although his influence as a logician and linguist in grammar and rhetoric was considerable, his reputation rests on his works in psychology.

Bain's autobiography, published in 1904, contains a full list of his works, and also the history of the last thirteen years of his life by Professor W. L. Davidson of the University of Aberdeen

Bain retired from his Chair and Professorship from the University of Aberdeen and was succeeded by William Minto, one of his most brilliant pupils.

In 1894 also appeared his last contribution to Mind. His last years were spent in privacy at Aberdeen, where he died on 18 September 1903.

He married twice but left no children. His last request was that "no stone should be placed upon his grave: his books, he said, would be his monument."