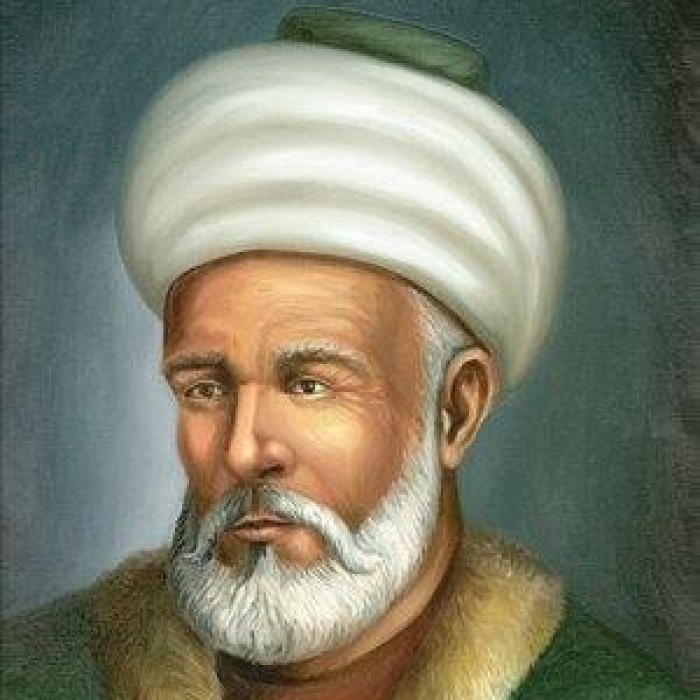 Al-Farabi known in the West as Alpharabius, was a renowned philosopher and jurist who wrote in the fields of political philosophy, metaphysics, ethics and logic. He was also scientist, cosmologist, mathematician and music scholar.

In Arabic philosophical tradition, he is known with the honorific "the Second Master", after Aristotle. He is credited with preserving the original Greek texts during the Middle Ages because of his commentaries and treatises, and influencing many prominent philosophers, like Avicenna and Maimonides. Through his works, he became well-known in the East as well as the West.

His birthplace could have been Farab on the Jaxartes (Syr Darya) in modern Kazakhstan, or maybe Faryab in Greater Khorasan (modern day Afghanistan). The older Persian, Parab (in Ḥudud al- Alam) or Faryab (also Paryab), is a common Persian toponym meaning "lands irrigated by diversion of river water". By the 13th century, Farab on the Jaxartes was known as Otrar.

Al-Farabi spent almost his entire life in Baghdad. In the auto-biographical passage preserved by Ibn Abi Uṣaibia, Farabi stated that he had studied logic, medicine and sociology with Yuḥanna bin Ḥaylan up to and including Aristotle's Posterior Analytics, i.e., according to the order of the books studied in the curriculum, Farabi was claiming that he had studied Porphyry's Eisagoge and Aristotle's Categories, De Interpretatione, Prior and Posterior Analytics. His teacher, bin Ḥaylan, was a Christian cleric.

Henry Corbin writes that the evidence supports the opinion common in Iran that al-Farabi was Shiite. Corbin argues that there are many similarities between what he calls Farabi's "prophetic philosophy" and the teachings of Shiite Imams. Najjar Fauzi also refers to the point that Al-Farabi may be Shiite because his political philosophy seems to be influenced by Shiite sects.

Al-Farabi wrote a book on music titled Kitab al-Musiqa (The Book of Music). In it, he presents philosophical principles about music, its cosmic qualities, and its influences. He also wrote a treatise on the Meanings of the Intellect, which dealt with music therapy and discussed the therapeutic effects of music on the soul.

Al-Farabi had great influence on science and philosophy for several centuries, and was widely considered second only to Aristotle in knowledge (alluded to by his title of "the Second Teacher") in his time. His work, aimed at synthesis of philosophy and Sufism, paved the way for the work of Ibn Sina (Avicenna).

Farabi later visited Egypt, finishing six sections summarizing the book Mabadeʾ in Egypt in 337/July 948-June 949 when he returned to Syria, where he was supported by Sayf al-Dawla, the Hamdanid ruler.. Al-Masudi, writing barely five years after the fact (955-6, the date of the composition of the Tanbīh), says that Farabi died in Damascus in Rajab 339 (between 14 December 950 and 12 January 951).