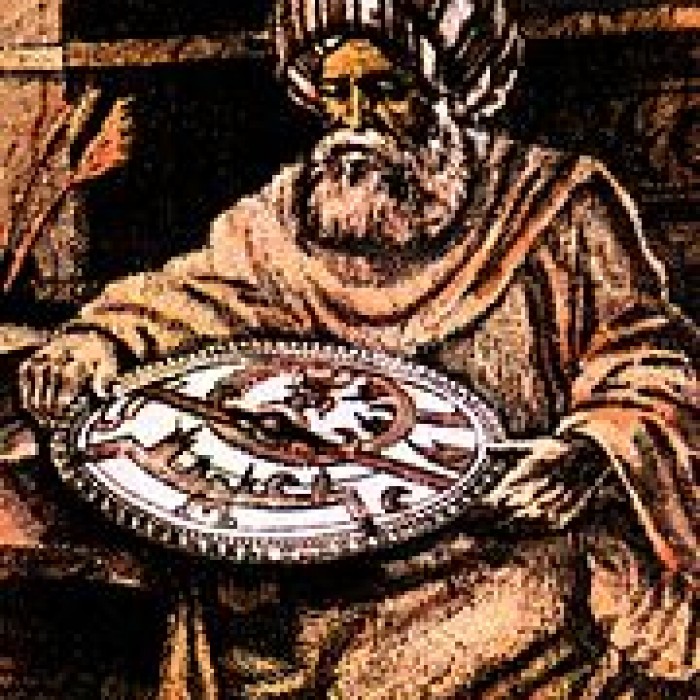 He introduced a number of trigonometric relations, and his Kitab az-Zij was frequently quoted by many medieval astronomers, including Copernicus.

Little is known about al-Battani’s life beside that he was born in Harran near Urfa, in Upper Mesopotamia, which is now in Turkey, and his father was a famous maker of scientific instruments.

One of al-Battani's best-known achievements in astronomy was the determination of the solar year as being 365 days, 5 hours, 46 minutes and 24 seconds which is only 2 minutes and 22 seconds off.

He was able to correct some of Ptolemy's results and compiled new tables of the Sun and Moon, long accepted as authoritative.Some of his measurements were even more accurate than ones taken by Copernicus many centuries later.

Al-Battani discovered that the direction of the Sun's apogee, as recorded by Ptolemy, was changing. He also introduced, probably independently of the 5th century Indian astronomer Aryabhata, the use of sines in calculation, and partially that of tangents.

He also calculated the values for the precession of the equinoxes (54.5" per year, or 1° in 66 years) and the obliquity of the ecliptic (23° 35'). He used a uniform rate for precession in his tables, choosing not to adopt the theory of trepidation attributed to his colleague Thabit ibn Qurra.

Al-Battani's work is considered instrumental in the development of science and astronomy. Copernicus quoted him in the book that initiated the Copernican Revolution, the De Revolutionibus Orbium Coelestium, where his name is mentioned no fewer than 23 times, and also mentioned in the Commentariolus.

Al-Battani's major work is Kitab az-Zij ("Book of Astronomical Tables"). It was largely based on Ptolemy's theory, and other Greco-Syriac sources, while showing little Indian or Persian influence. In his zij, he provided descriptions of a quadrant instrument.