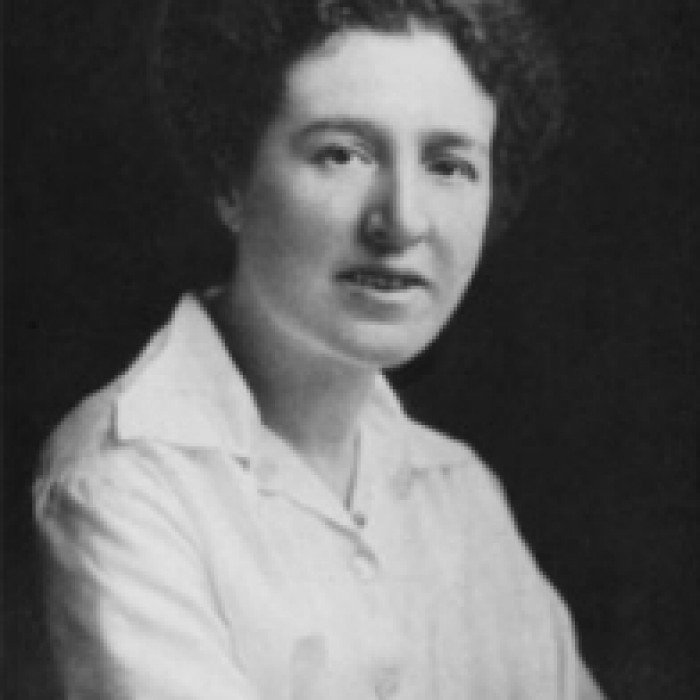 Agnes Robertson Arber FRS (23 February 1879 – 22 March 1960) was a British plant morphologist and anatomist, historian of botany and philosopher of biology. She was born in London but lived most of her life in Cambridge, including the last 51 years of her life. She was the first woman botanist to be elected as a Fellow of the Royal Society (21 March 1946, at the age of 67) and the third woman overall.

Her scientific research focused on the monocotyledon group of flowering plants. She also contributed to development of morphological studies in botany during the early part of the 20th century. Her later work concentrated on the topic of philosophy in botany, particularly on the nature of biological research.

Agnes Arber was born on 23 February 1879 in London. She was the first child of Henry Robertson, an artist and Agnes Lucy Turner and had three younger siblings, Donald Struan Robertson (who later became Regius Professor of Greek in the University of Cambridge) Janet Robertson who later became a portrait painter and Margaret Robertson (married name Hills) who edited Keats.

In 1897 Arber began studying at University College, London, gaining her B.Sc. in 1899. After gaining an entrance scholarship Arber became a member of Newnham College, Cambridge and took a further degree in Natural Sciences. She gained first class results in every examination at both universities, along with several prizes and medals from University College, London. She was awarded a Doctorate of Science in 1905.

In 1909 Arber was granted space in the Balfour Laboratory for Women by Newnham College. This building had been purchased and founded by the two women's colleges of the University in 1884 for the use of their students and researchers (women at this time were not permitted to attend laboratory demonstrations and practical classes). Arber worked in the laboratory until its closure in 1927.

Arber focused her research on the anatomy and morphology of the monocot group of plants, which she had originally been introduced to by Ethel Sargent. By 1920 she had authoured two books and 94 other publications. Her second book Water Plants: A Study of Aquatic Angiosperms was published in 1920. In this book Arber presents a comparative study of aquatic plants by analysing differences in their morphology.

After the publication of The Monocotyledons Arber continued her research into this group, concentrating her research into the Gramineae family of plants, especially cereals, grasses and bamboo. This led to the publication of her final book concerning plant morphology, The Gramineae in 1934. In this book Arber described the life cycles, embryology and reproductive and vegetative cycles of cereals, grasses and bamboo using comparative anatomical analysis of these plants.

In January 1942 Arber published her last paper involving original botanical research. All of her subsequent publications were entirely concerned with historical and philosophical topics. Agnes Arber died on 22 March 1960 at the age of 81.