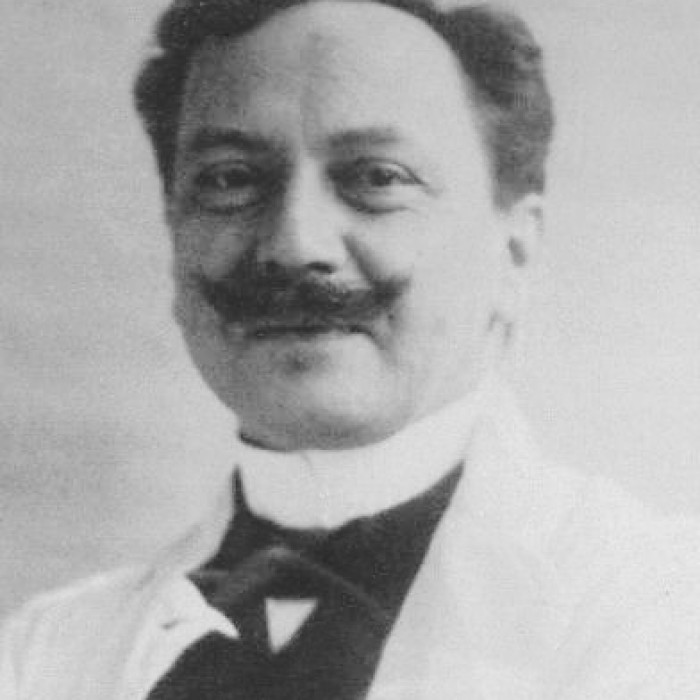 Adalbert Czerny (25 March 1863 – 3 October 1941) was an Austrian pediatrician and is considered co-founder of modern pediatrics. Several children's diseases were named after him.

In 1893, after his habilitation treatise in on glycogen and amaloid disorder and an appertaining lecture on the nutrition of newborns he received two offers for chairs of pediatrics in Innsbruck and Breslau.He opted for Breslau and worked there until 1910.

In 1906 he was offered a position as full professor for pediatrics in Munich, but he declined it and as a reward was made personal full professor at the Breslau University including a considerable raise of his salary.

Czerny was married and had one son Marianus (1896 –1985), who was a full professor for experimental physics in Frankfurt from 1938 to 1961. Adalbert Czerny died on 3 October 1941 in Berlin and was buried in Pilsen.

The German Association of Children's and Juvenile Medicine (Deutsche Gesellschaft für Kinder- und Jugendmedizin – DGKJ), which was founded in 1883, annually awards the "Adalbert-Czerny Preis" (Adalbert Czerny Award). The award was started in 1963 (the 100th anniversary of Czerny' birth) and goes to persons with outstanding scientific achievements in pediatrics.

The school founded by Czerny was mainly concerned with nutrition physiology and metabolic pathology of neonates. During his time of work at the Berlin University Children's Hospital he carried on with research work on infant mortality, as it had already been started by Heubner and gave it a scientific foundation.