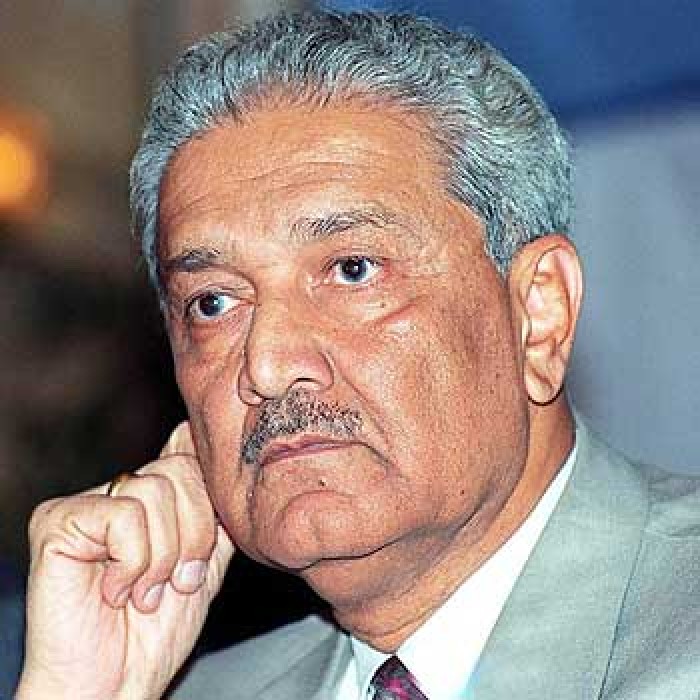 Abdul Qadeer Khan known as A. Q. Khan is a Pakistani nuclear physicist and a metallurgical engineer, who founded the uranium enrichment program for Pakistan's atomic bomb project. Khan founded and established the Kahuta Research Laboratories (KRL) in 1976, serving as both its senior scientist and Director-General until he retired in 2001.

In January 2004, the Pakistani government summoned Khan for a debriefing on his active role in nuclear weapons technology proliferation in other countries after the United States provided evidence of it to the Pakistanis. After years of official house arrest during and following his debriefing, the Islamabad High Court (IHC) on 6 February 2009 declared Abdul Qadeer Khan to be a free citizen of Pakistan, allowing him free movement inside the country.

Khan was born in 1936 in Bhopal, British India, into a Pashtun family. His mother, Zulekha (née Begum), was a housewife. His father, Abdul Ghafoor, was an alumnus of Nagpur University and an academic who served in the Indian Education ministry then permanently settled the family in Bhopal State after he retired in 1935. After the partition of India in 1947, his family emigrated from India to Pakistan in 1952, and settled in Karachi, Sindh.

In 1975, Khan finally joined the atomic bomb program, and became a member of the enrichment division at PAEC, collaborating with Dr. Khalil Qureshi– a physical chemist. Calculations performed by him were valuable contributions to centrifuges and vital link to nuclear weapon research. He continued to push his ideas for uranium methods even though they had a low priority, with most efforts still aimed to produce military-grade plutonium.

Khan secured the fellowship and the presidency of Pakistan Academy of Sciences, whose membership is restricted to scientists. Through the Pakistan Academy of Sciences, Khan published two books on metallurgy and material science. Khan began to published his articles from KRL in the 1980s, and began to organise conferences on Metallurgy by inviting scientists from all over the world.

He contributed to the Ghulam Ishaq Khan Institute of Engineering Sciences and Technology when he served as the Project-Director of this university. After the construction of institute Khan took the Professorship of Physics while also serving as the Chairman of Department of Metallurgy and Materials Science. Later, Khan helped established the A. Q. Khan Institute of Biotechnology and Genetic Engineering at the Karachi University.

Abdul Qadeer Khan remains a popular figure and many saw him as national hero of Pakistan. He often served as Pakistan's extreme national pride, and his long association with science bought -Khan a tremendous popularity. In the late 1980s, Abdul Qadeer Khan promoted the funding of the Pakistan's integrated space weapons project and vigorously supported, and supervised the Hatf-I and Ghauri-I program.

Khan received a D.Eng. degree in metallurgical engineering in 1972. His doctoral thesis dealt and contained fundamental work on martensite and its extended industrial applications to the field of morphology.