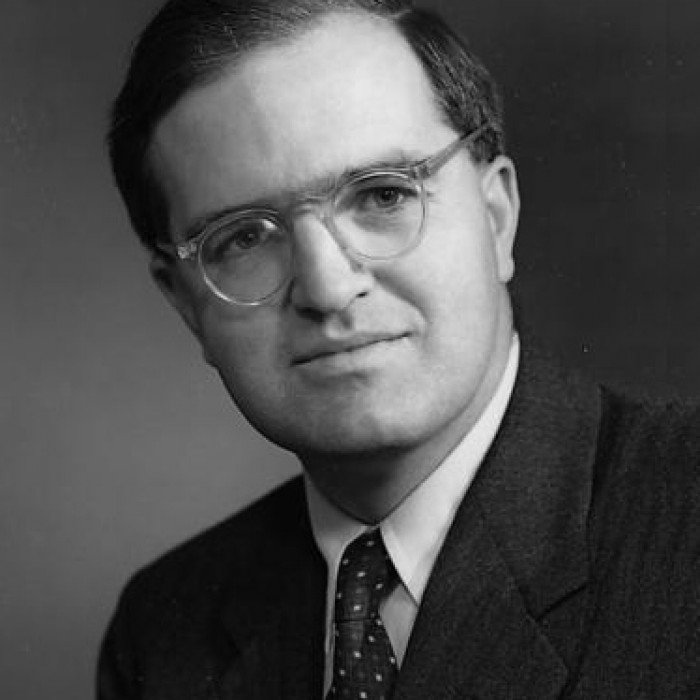 Aage Niels Bohr  (19 June 1922 – 9 September 2009) was a Danish nuclear physicist who shared the Nobel Prize in Physics in 1975 with Ben Mottelson and James Rainwater for the discovery of the connection between collective motion and particle motion in atomic nuclei and the development of the theory of the structure of the atomic nucleus based on this connection.

Aage Niels Bohr was born in Copenhagen on 19 June 1922, the fourth of six sons of the physicist Niels Bohr and his wife Margrethe Bohr (née Nørlund). His oldest brother, Christian, died in a boating accident in 1934, and his youngest, Harald, from childhood meningitis. Of the others, Hans became a physician; Erik, a chemical engineer; and Ernest, a lawyer and an Olympic athlete who played field hockey for Denmark at the 1948 Summer Olympics in London.

In August 1945, with the war ended, Bohr returned to Denmark, where he resumed his university education, graduating with a master's degree in 1946, with a thesis concerned with some aspects of atomic stopping power problems. In early 1948, Bohr became a member of the Institute for Advanced Study in Princeton, New Jersey.

Upon his return to Copenhagen in 1950, Bohr began working with Ben Mottelson to compare the theoretical work with experimental data. In three papers, that were published in 1952 and 1953, Bohr and Mottelson demonstrated close agreement between theory and experiment; for example, showing that the energy levels of certain nuclei could be described by a rotation spectrum.

Bohr, Mottelson and Rainwater were jointly awarded the 1975 Nobel Prize in Physics "for the discovery of the connection between collective motion and particle motion in atomic nuclei and the development of the theory of the structure of the atomic nucleus based on this connection". Because his father had been awarded the prize in 1922, Bohr became one of only four pairs of fathers and sons to win the Nobel Prize in Physics.

He married Marietta Soffer in 1950. They had two sons, Vilhelm and Tomas, and a daughter, Margrethe. In 1972 he was awarded an honorary degree, doctor philos. honoris causa, at the Norwegian Institute of Technology, later part of Norwegian University of Science and Technology. In 1981, Bohr became a founding member of the World Cultural Council.

His wife Marietta died on 2 October 1978. In 1981, he married Bente Scharff Meyer. His son, Tomas Bohr, is a Professor of Physics at the Technical University of Denmark, working in the area of fluid dynamics. Aage Bohr died in Copenhagen on 9 September 2009.